Standing in Awe: The Power of Great Literature to Inform, Transform and Rectify (Human Behavior and Effect Social Changes)

I am still in a state of awe over a series events that occurred over a two day period. 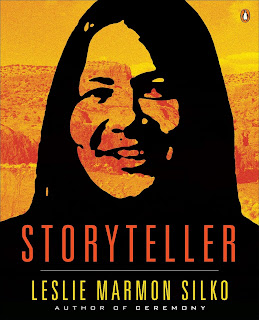 As part of a  Literature at Lunch class that I lead with Rabbi Moshe/Mitchell Kurtz at Congregation Agudath Sholom, we just discussed what is perhaps the most anthologized native American short story, "The Man to Send Rainclouds." It is written by Leslie Marmon Silko, pictured above, who is a member of the Laguna Pueblo tribe of New Mexico.

Artistically compressed tightly in its two and a half pages are many themes and symbols. In the interests of keeping my essay brief here are some are in a nutshell.

First, the historical background of the canvas upon she paints her masterpiece namely white European man's burden to civilize the natives--seen as savages--which involved coerced conversion to Catholicism, forced agricultural labor on missions, torture and killing of resisters.

A major character of the story is LAND-- which, in accordance with native American traditions, is held in stewardship for the entire community. Also, land is needed, of course, to provide man with provender for sustenance. And in order to insure a steady supply of crops, a steady supply of rain is essential. And,  humans, who have passed on, are an essential part of the ritual to guarantee rain.

To illustrate, when grandfather Teophilo dies suddenly while tending his flock of sheep, his grandchildren quickly prepare the body for a simple interment, wrapping him in a red blanket, attaching a feather to his long strand of white hair, painting  his face with symbolic colors and sprinkling  him with corn and pollen.

These rituals insure his soul a swift protected journey to reunite with the Great Spirit while his body is infused with the sanctity acting as an agent to guarantee continued and future fertility of the soil.

His passage begins  with a proper burial of the body, enriching the earth with nutrients as the body decomposes; and then eventually the soul is a type of offering  to the Great Spirit given to help ensure abundant rainfall. 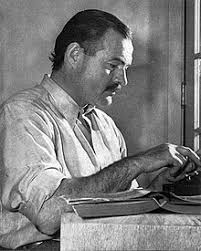 Ernest Hemingway
from Wikipedia
The dialog in this masterpiece is sparse, threadbare, clipped and understated ala Hemingway. The very first dialog is when the two grandchildren find grandpa hunched over in the arroyo, recently deceased;
then they perform the rites described above and one of the boys declares "Send us rain clouds, grandfather."

And...….The story ends after the funeral with Leon surmising "...now the old man could send them big thunderclouds for sure." 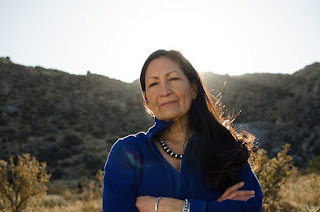 The very next day after our discussion, it was announced by the White House that President Biden's choice for Secretary of the Interior would be Deb Haaland, like Leslie Marmon Silko, a native American  citizen of the Laugna Pueblo Tribe of New Mexico and 35th generation, to boot. 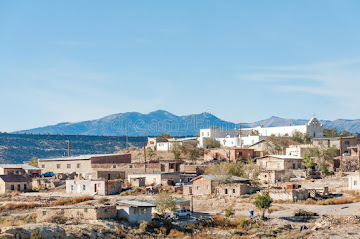 Why am I in radical amazement?

What's more Tom, like his deceased dad, is a staunch supporter of wilderness conservation.

So, the announcement that congresswoman Haaland, a member of the very same Laguna Pueblo tribe as that of our author Leslie Marmon Silko, is the first native American ever to be nominated to a cabinet post, came as a  pleasant surprise.

I am tempted against my better judgment to attribute this totally unexpected event in some small part to my teaching this work of fiction which so urgently calls for our recognition of  and making rectification to an ethnic minority--once clearly a majority on the North American continent--a group that has suffered horrifically to the point of  near extinction over the past 500 years.

The decimation of this indigenous race was a result of disease brought to the Americas by settlers from European countries, by appropriation of ancestral lands,  forced conversion and internment on Spanish missions often accompanied by torture and wanton slaughter and by wars fought against military foes with superior weapons.

Today the Native American population stands at about 2.9 million with over 574 recognized tribes. Indian land areas in the U.S. are administered as federal land areas. There are 326 reservations; the Navajo nation is the largest one comprising over 17 million acres covering southeastern Utah, northeastern Arizona and northwestern New Mexico.

It is my hope that Deb Haaland's nomination be quickly approved and that she be the "woman to bring rectification" to centuries of abuse.

Posted by Richard Schwartz at 11:44 PM