The Stamford Advocate: Thumbs Up and Thumbs Down: Coverage of our failing educational administration

During my ten years of living in this great city (click here for more), I have enjoyed reading the Stamford Advocate. 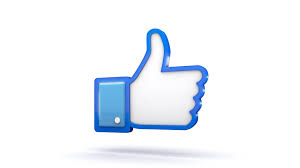 1. Thumbs Up. Local news is covered in depth  The writers bring a wealth of talent to exposing stories that besmirch the quality of our institutions and stories that enhance the reputation of our city.

Kudos to Angela Carella  who is persistent  in  covering the ongoing sex scandal case at Stamford High School and  Evan Simko-Bednarski, the alleged ongoing sexual harassment case at AITE.

These writers and others have been  exposing the apparent incompetency of our elected School Board and poor record keeping by the  Human Resources Department,  knee-jerk cover-ups by Stamford High School and Board of Education officials and the shortcomings in the legal advice of four teams/firms of lawyers hired by the district.

2. Thumbs Down
The coverage of the school management crisis over the sex scandal at Stamford High School has fallen short of excellent because several other crucial topics have not been explored and covered.

The exploration in depth about these shortcomings would, in my opinion, expose root fundamental causes and thus open up a conversation that would, in itself--over a period of time- lead to an improved culture.

This in turn would give each citizen of our great community pride in the quality of our public school system--which would add another reason why Stamford is ranked in the top 100 Best Places to live in 2015.


Here is what the Advocate needs to cover in greater depth.

Our educational management system is corroded--for want of a better word. It is filled with many incompetent leaders, hiring and promoting other incompetent leaders--from the upper echelons down starting with the Superintendent and filtering down to administrative appointees, especially in Human Resources, then to many principals and assistant principals.

This is turn affects the morale of both teachers, parents and all members of our community.

Circling the wagons is an admission of failure

The message of the top city administrators seems to be: "Cover your asses and let's work together to circle the wagons. Let's make believe that nothing has happened and maybe the scandal will go away without public exposure."

Leadership begins with people who not only espouse and orate about high standards of conduct and procedure,  but take it upon themselves to follow with immediate communication to Department of Children and Families  (DCF) and our local Police Department  as soon as the suspected behavior is detected.

Circling the wagons and pretending nothing has happened harms every single student in our school system, which now numbers over 16,000.

It is imperative that Human Resources (HR), itself a victim of high executive turnover, record maintain and update employee records that can be immediately accessed.

How can we be assured this will happen starting now?

How can we be assured that selection of Executive Director of Human Resources (who was recommended by the Superintendent of Schools with the approval of the Board of Education) --with a salary of $171,000--be based upon merit?

Should we be settling for individuals who appear-one individual after another- to be 'rubber stamped' by the Board of Education upon recommendation by the Superintendent?

Consider the hiring of the latest Executive Director of HR, Steven Falcone, who was charged with the duty (among others) to "recruit and retain the most highly qualified employees for the Stamford Public Schools"  according to a press release at the time.

The Darien Times bombshell: Why did not superintendent
Hamilton vet Steven Falcone properly?

The Darien Times (click here for the full story)  reported that Falcone was employed by the Stamford School District within 30 days of resigning from a similar post in Darien.

He left under a cloud of many unresolved issues including his withholding from the Board of Ed a "state desk audit, which found the district out of compliance with Title IX, bullying and sexual harassment policies"  (italics mine)


Why hasn't The Advocate reported on this story, especially as Falcone omitted to inform the Darien Board of Education  of  "a scathing letter from a former special education professional highlighting a litany of problems that led to several respected employees leaving the district?"

Why recommend hiring an individual who ostensibly cannot comply with bullying and sexual harassment problems in Darien so that he should not comply with similar sexual guidelines here in nearby Stamford?????

Here are a few key issues and suggestions that merit consideration to eradicate a besmirched system that cannot hold on to a superintendent, let alone a Human Resources Administrator,  for more than a few years.

1. Stamford parents and involved citizens should be demanding much more of  our failing system.  Granted that our community ranks as third highest area in the cost of living index; forcing both parents to hold down full time jobs. Consequently, they do not have much time to be involved with choosing those who run our educational system--EVEN IF THEY WANTED TO BE INVOLVED.

Remember the days that parents with High School age students- the age when the adolescent sex hormones are kicking in-- had time to be involved in Parent Teacher Associations and actually collectively watched over and 'supervised'/advised and spoke directly to those responsible for educating their children.

2. The Board of Education is a failure and clueless about the business of protecting the interests of our 16,000 plus students. Its members are endorsed for office by a flawed system.
Too often, it's you scratch my back and I'll scratch yours. It's politics as usual.

Traditionally nominees for board positions are endorsed by  local Democratic or Republican City Committees.  Each party's slate is chosen according to party loyalty and favoritism (Who has done more favors for our party? Who has consistently helped raise money? Who has served as a party delegate? Who has served as a campaign manager?  Who has a relative that is a respected employee of the City of Stamford? Who stumps for the party? e.g.who has turned out at the polls to promote party candidates? Who  promotes candidates in their local clubs, churches, synagogues, etc?)

Is there any interest in vetting candidates on their CONCERN  and ABILITY TO CARE for the welfare of 16,000 plus students in our system?

Candidates need to carefully sorted through and be nominated to office based upon merit by answering the following questions: Who has the most knowledge and experience in education? Who has had a career in education? Who has been a full-time parent intimately involved in their children's welfare and education from birth to adolescence?  Who has been thoroughly vetted  by those appointing or electing our representatives?

The City Committees are also oblivious to endorsing candidates with apparent conflicts of interest. At least two members have resigned casting a cloud of confusion over the whole Board selection process.

3. The superintendent position is again up for grabs, yet again!

Joshua Starr lasted only six years, Winifred Hamilton lasted not even three before deciding to resign rather than face more ignominy for her failed leadership. Can we rely on this board to evaluate and then choose the next superintendent when its present and past track record is so scarred?
4.  Stamford should try a radical approach (therapy)  of locating a strong respected administrator to appoint  the members of the Board. These would be people that have a track record of responsible civic  leadership and would naturally follow the guidance of their leader.  This is especially recommended when our system (the patient) has been so debilitated. 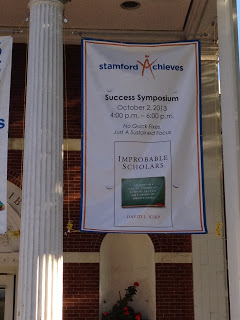 Two years ago, Stamford Achieves sponsored a Success Symposium held at Ferguson library. The program featured key note speaker Dr. David Kirp who has written a book on the success of the Union City, New Jersey School System. This article is a must read; click here to read.

The key to this amazing turnaround in a Garden State educational district that was the second worst in overall performance in New Jersey was a devoted Superintendent a man with a 40 -year track record who- himself - chose Board members who he personally knew would place the interests of the students above any other interests: personal, political, patronage, party loyalty, power, etc.

It may take years for our civic leaders to enact this enlightened scenario; it may take more failures and more scandals--but our politics as usual habit needs this radical surgery to occur.

5. Where is the Teacher's Union? Why has a great powerhouse been sidelined for so long? What is the Union missing out on?

The Teacher's Union needs to play a more active role to demand a tougher code of conduct from teachers and substitutes to protect the interests of over 16,000 students.

Unions have sprung into being as great institutions for protecting the rights of those they represent--teachers. The latter are often vilified for their hard earned summer vacations, but they are hard working and under appreciated heroes for many students who see them as being repositories and communicators of knowledge deemed valuable for future success and who, by the way, act often as surrogate parents.

The teachers'  job is indeed herculean and exhausting.

Both full time teachers, paraprofessionals  and substitutes, far outnumbering administrators, are on the front lines. They are the eyes and ears of the system, the antennae, the first to pick up on incidents of bullying and sex abuse. So, they should not only report inappropriate activity,  but demand that the union be their representative to follow through on procedure for reporting bullying and aberrant sexual behavior.

6.  New York State  legislated Dignity of All Students ( DASA), Act five years ago. This is New York State's Anti-Bullying Law to protect all public and secondary school students from harassment and bullying by students and by school personnel. Bullying most definitely includes sexual relations between a teacher and a minor student.

In essence, to comply with the law, New York City Department of Education has mandated that all its employees- all teachers, substitutes and paraprofessionals - must attend a four hour course discussing how to spot bullying issues and how to go about reporting them.

This classroom course is supplemented by a four hour interactive online video course that each employee must participate in.

To read the highlights of the law and watch a power point presentation click here.

There are many issues to discuss in this letter to the Advocate and to the Citizens of our great community. 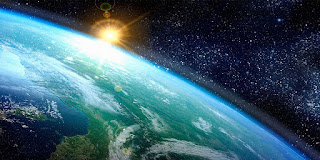 Attention editors and writers of the Advocate along with enlightened Stamford citizens:  At this critical junction when confidence and interest in the upcoming selection of the new Board and Superintendent are at an all time low, when will you roll up your sleeves and initiate the cure for the malady entrenched in our educational district.

LET THE CONVERSATION(S) and FORUM(S) BEGIN!


Posted by Richard Schwartz at 5:34 PM No comments: