Posted by Richard Schwartz at 8:47 PM No comments:

In this quick and entertaining read, Lewis presents five case studies in financial madness that engulfed speculative investors in the meltdown that occurred in 2008.

The author has engaged in "financial disaster tourism" traveling to countries whose economies were shook up by financial turbulence. He travels to Iceland, Greece, Ireland, Germany and the United States (Vallejo, California) where he interviews many leading players and how they used free flowing credit.

Each of the essays appeared in Vanity Fair Magazine where they can be read free of charge.

Iceland's economy was based on fishing for hundreds of years and its inhabitants were clueless about the workings of the financial markets.  "They  inhabited their remote island for 1,100 years without so much as dabbling in leveraged buyouts, hostile takeovers, derivatives trading, or even small-scale financial fraud."

"The investigators [of Iceland's financial system] produced a chart detailing a byzantine web of interlinked entities that boiled down to this: a handful of guys in Iceland who had no experience in finance were taking out tens of billions of dollars in short term loans from abroad. They were then relending this money to themselves and friends to buy assets--the banks, soccer teams,etc. Since the entire world's assets were rising --thanks in part to people like these Icelandic lunatics paying crazy prices for them --they appeared to be making money."

In 2003, assets in the three largest Iceland banks stood at several billion dollars which rose to over $140 billion over the next 5 years.

Next, Lewis visits Greece where he says the Greeks have in effect opted to "turn their government into a pinata...and give as many citizens as possible a whack at."

Here the "average government job pays almost three times the average private-sector job."  Tax collections are virtually nil with a majority of Doctors reporting income less than 12,000 Euros.
"In 2009, tax collection disintegrated because it was an election year. The first thing a government does in an election is to pull tax collectors off the streets."

The only way Greece was able to join the European Monetary Union in 2001 (and swap its drachmas for Euros) was by concealing its true level of indebtedness-- by cooking its books. This came to a head in 2009 when news broke that the Vatopaidi Monastery "somehow acquired a fairly worthless lake and swapped it for far more valuable government- owned land."  This scandal brought down the existing Prime Minister.

The Greeks in 2001 had reported that its deficit was 3 percent of GDP when in actuality it was a whopping 15 percent.

The only question now is whether Greece will walk away from the $400 billion in debt it owes European banks.

This book is a strong recommendation.
Posted by Richard Schwartz at 6:50 PM No comments:

The Kodak Moment: Film is still alive in the digital age at Stamford High Schools 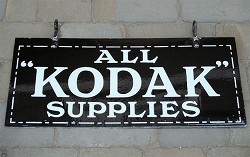 While so many writers seem to be lamenting the fall of Kodak into bankruptcy protection, it is notable that many young photography enthusiasts are being exposed to a culture that promotes analog photography in an age that is dominated with everything digital.

I grew up in the golden age of the non-digital single lens reflex.

I reveled in my use of Kodak Tri-X high speed black and white film to capture photos in a low light setting.

I reveled in easy access to my home based darkroom--dominated with Kodak bulk roll films (Tri-X, of course), Kodak papers and developing solutions.

So, it is great to share with the reader that both High Schools in Stamford offer courses in traditional black and white photography so that students can learn darkroom techniques. "They learn chemistry, darkroom procedures, methods and techniques necessary for proper film and paper development."  (click here for link to full High School course description.)

Both courses are offered by the Fine Arts Department of both schools and the emphasis is upon the students learning and incorporating "the elements and principles of art and design, aesthetics, history and philosophy of photography."

It is interesting to note that in today's Wall Street Journal there is an article entitled Favoring Film in a Digital Age. the writer, Lana Bortolt, calls attention to three exhibits in New York that highlight photographers whose works do emphasize the enduring quality of analog photography.
Posted by Richard Schwartz at 3:45 PM No comments: 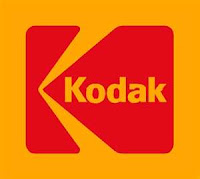 Kodak has been around so long that it is hard to imagine a photography world without this formidable icon.

So, it has come as a surprise that the company may soon declare bankruptcy.

The company was founded in 1880 by George Eastman and gained a strong following with the introduction of the Brownie camera in 1900 (originally selling for a dollar), Kodachrome (color film) in 1935 and then later Ektachrome in the 1940's. The latter film had a greater sensitivity to light than the former and was the film of choice for low lighting settings.

In 1975, the company invented the digital camera and introduced its first copier.

But Kodak's  dominance was toppled when the Japanese company Fujifilm entered the market with low-priced films and supplies. (Kodak smugly thought it could rest on its laurels and maintained its higher prices.)

In the early 2000's, Kodak moved into the manufacture and sales of digital cameras and in 2005 was #1 in the US in digital sales. However, profit margins were pared as so many competitors entered the market.

Kodak owns about 1100 patents which could generate several billion dollars of income. However, will this cash be sufficient to keep the company alive?

The Stamford Advocate on Avoiding Tragedy

Hats off to the Advocate on pits editorial to help prevent a tragedy as occurred on Christmas day.

1. Be sure to have smoke detectors that are operative. Place one in each room, replace them every 10 years and change the batteries every six months.

2. Install carbon monoxide detectors in homes that use natural gas and heating oil for heat.

3. Have a certified contractor inspect your fireplace once a year.

4. When the fire goes out in the fireplace, leave the ashes there "with the flue open and close and latch the glass doors. The ashes could still be hot the next day and the day after that. When you remove them, put them in the metal can {i.e. invest in a metal can with a lid}even if they are cold. Don't dispose of them anywhere near the house or vegetation, and if you can, pour water on them after you dump them." (Quote from Assistant Fire Marshal Robert Sollitto of the Stamford Fire & Rescue Department."

Here's the link to the editorial: http://www.stamfordadvocate.com/news/article/Take-steps-to-prevent-tragedy-2441697.php
Posted by Richard Schwartz at 12:50 PM No comments:

1. Steve Jobs retires and then passes away: My 'review' file, which I am cleaning out right now, has over a dozen articles written in the wake of his passing. Most are commendatory.

3. Connecticut's Governor Malloy shows his mettle during his first year in office; he extracted 1.6 billion dollars in concessions from the State's unionized workers and he enacted 1.5 billion dollars in tax increases. He is the first Democratic governor in 20 years and faced an estimated $3.5 billion deficit.

4. US forces pull out of Iraq; nearly 4,500 American servicemen lost their lives in nearly 10 years. Our hearts go out to their families.

5. The global and local weather turns hostile. A violent tsunami that hit Japan killed thousands and turned into a nuclear catastrophe. Here in southwestern Connecticut, January brought the greatest accumulation of snow in history. March brought a northeaster that leveled trees all over. Hurricane Irene stormed up the coast in August causing more tree damage and a loss of electrical power to more than half of the state.
Finally, a snowstorm hit our area in October with up to 18 inches of snow. Many residents were without light or heat for up to 2 weeks.

6. The Arab Spring spreads all over the Middle East. Beginning in Tunisia, the popular protests against repressive regimes spread to Egypt, Syria, Libya, Yemen and Bahrain. Leaders such as Mubarak and Qaddafi have been dethroned.

7. US foreclosures continue to climb. Over 2 million homes are in foreclosure and about 1 in 4 homes have mortgages that exceed the value of the homes.

9. We are still awaiting prosecution in the sub-prime mortgage crisis. No one has been convicted in the three years since the scandal broke.

10. Penn State and Syracuse are beset with sex abuse scandals.


11. The Post Office has been losing billions each year and announced it's considering closing over 200 branches and will no longer guarantee overnight mail delivery.

12. The European debt crisis is in the news every day with the collapse of the Greek and Italian economies dominating the events.

13. The former Stamford Advocate building is demolished to make way for a 5 story residential complex.  (I had previously blogged about saving the copper beach tree in front of the building.)

Posted by Richard Schwartz at 6:53 PM No comments: