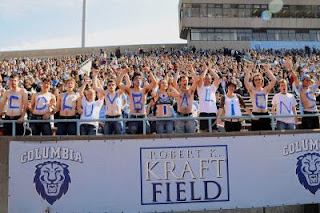 Two years ago, I blogged about Columbia's ascendancy under Coach Norries Wilson and Columbia's loss to Yale 31-28 at the Bowl after trailing 31-7 at the end of the first half.

Wilson is gone replaced by Pete Mangurian who has experience as an assistant with five N.F.L. teams

Sean Brackett the Lions quarterback who was 16-35 two years ago turned in his best performance of the year by completing 33 of 47 passes for 328 yards; this included a two yard touchdown pass to Marcorus Garrett with 45 seconds on the clock.

With both of its quarterbacks sidelined because of injuries, Yale (2-5, 1-3 Ivy League) was playing with Tyler Varga, its star tailback in the QB position. Varga rushed for a career high of 220 yards including three touchdowns.

In each of its three prior games, the Lions had blown a fourth quarter lead. It appeared they were headed for a repeat performance. With just over 2 minutes remaining, Yale was in possession and leading 22-19.

However, Vargas fumbled with 2:05 left.

The Lions marched downfield and  the rest was history.

And now there is only one: After 80 years of publishing, Newsweek will cease its print edition, leaving Time Magazine 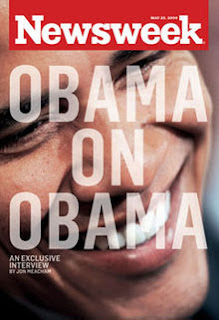 
Newsweek was a staple in the waiting room of so many physicians (and lawyers) offices for so many years. As a child, I remember picking up copies in my dad's office and enjoying the mix of pictures and stories.


The publication went from a subscriber base of over 3 million in 2008 to 1.5 million in January 2010. Audio pioneer Sid Harmon (of Harmon Kardon fame) purchased the magazine from the Washington Post for One dollar and the assumption of its debt.

It then merged with the online ezine The Daily Beast with Tina Brown acting as editor-in-chief of both.

Tina gained notoriety for her provocative covers and for expanding traditional coverage of politics and world affairs to include fashion and pop culture.

All her efforts were to no avail as advertising revenue continued to tank and the two cultures of Newsweek and The Daily Beast never could merge and synergize.

In interviews, Tina has said it was inevitable that the magazine would go to a digital only edition because of the "seismic shift' away from print publications to an online format.

Brown feels that all magazines at some future time will only be available online.

Time Magazine, however, seems to be the exception, as it is the only successful domestic news weekly still in print.

Posted by Richard Schwartz at 4:54 PM No comments: 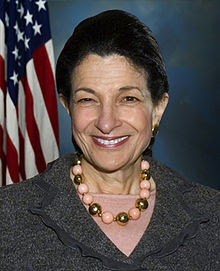 Speaking to a packed audience at the Ferguson Library in Stamford, Maine Republican senator Olympia Snowe explained why she is quitting the senate this year.

She was the third speaker in a series dealing with "Civility in America" sponsored by the City of Stamford, The Dilenschneider Group, Hearst Media Services and Purdue Pharma among others.

She emphasized that the level of discourse across the aisle has turned so negative and divisive. In fact according to one cited authority, today there is the highest level of polarization between the two major parties since reconstruction and we are witnessing the worst Congress ever!

90% of the American people do not approve the way government representatives are doing their job.

She said "You bet I care about civility."

She named the few moderate centrists in the Senate besides herself: Ben Nelson (Dem. of Nebraska) , Scott Brown (Rep. of Mass)., Joe Lieberman (Indep. of CT ) and Susan Collins (Rep. of Maine)

So, she is leaving her senate post to spearhead a political action committee called Olympia's List. She will be instrumental in building a concensus from the outside.

Posted by Richard Schwartz at 8:16 PM No comments: 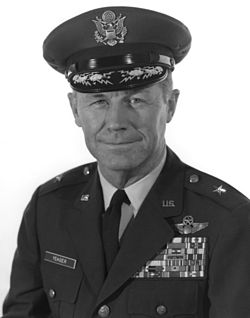 Sixty five years to the minute he first broke the sound barrier in a jet powered by liquid nitrogen (on October 14, 1947), Chuck Yeager recreated his feat.

This time, Chuck flew in the rear cockpit seat of an F-15 provided to him by Nellis Air Force base in Nevada. He flew over Edwards Air Force base at a speed of Mach 1.3 and "laid down a pretty good sonic boom..."

This event took place on the same day that Austrian Felix Baumgartner became the first human skydiver to break the sound barrier in his fall from a balloon 23 miles above the Arizona desert.

Congratulations to both these brave outstanding men of achievement!
Posted by Richard Schwartz at 5:31 PM No comments:

(After a $15 million renovation which began in 2007, Stamford's architectural masterpiece the Old Town Hall re-opened on September 19, 2009. In attendance were then Mayor Dan Malloy and Senator Richard Blumenthal, accompanied by a band and a ribbon cutting ceremony.)

This show is sponsored by Ballou's grandson and his wife, Robert M. and Patricia Phillips. Bob  writes that his grandma was an "extraordinary, quiet little woman who over a very long life had witnessed an incredible variety of  historical events, traveled practically everywhere in this world and lived in a grand house that provided my brother and me with endless memories of youthful experiences and adventures."  He goes on to say he knew of her paintings, but this knowledge was ancillary to his "structured" nature of his visits.

As the slide show indicates, her subjects ranged from still lifes, wooded landscapes and coastal scenes.

Posted by Richard Schwartz at 1:11 PM No comments: