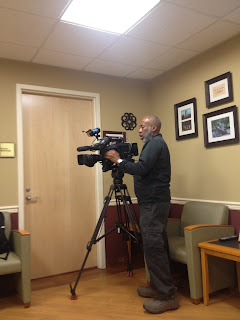 Imagine the hassle and possible nightmare of a surgeon faced with the task of having to contact close members of his patient's family to inform them that surgery performed on their loved one was successful.

Are the contact members in the hospital cafeteria, restroom or waiting area? Are they on vacation, overseas or sleeping?

And, in contrast, the patient's contact member may be worried and anxious not knowing if the operation is being performed as scheduled and whether it was successful.

All these problems are solved with the new MDconnectMe phone app. The surgeon invites the patient who then picks his contact list and then the surgeon clicks to send a text or phone message.

ABC aired the story today on its Eyewitness News at 4 program.

Posted by Richard Schwartz at 5:12 PM No comments:

The State Cinema was always my favorite for catching first run movies at $4.00 pricing on Tuesdays.

The Kings Speech and the The Queen were two memorable films that I caught at the State.

The other night I went to see Zero Dark Thirty and what a delightful surprise was in store for me.

First off, the seats were super plush and comfortable with plenty of legroom.

Second, the movie, directed by Kathryn Bigelow and written by Mark Boal, is a winner.

Yes, the picture has been criticized for starting off with a heavy dose of brutal treatment of captured terrorists.

However, the biggest surprise of all is the riveting performance of Jessica Chastain as Maya- the CIA operative- who has spent her entire career tacking down Osama bin Ladin.

Not to be overlooked is the powerful musical score (click here to listen) composed by Alexandre Desplat.

It's a great movie. Don't miss it.


Posted by Richard Schwartz at 4:41 PM No comments: 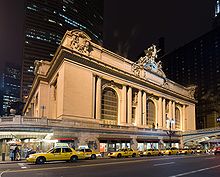 The terminal was actually the third structure at the site.

The impetus for its building was a tragic accident that occurred on January 8, 1902 when a commuter train from Westchester county crashed into another train waiting at the entrance to the tunnel killing 12 passengers.

Soot and smog coughed up by the steam locomotive had blinded the engineer.

So, the Vanderbilts, developers of the terminal, decided to build a new complex that would be run only on electricity.

There are over 33 miles of track.

Each day over 750,00 people pass through the terminal where the Metro North Railroad operates over 700 trains per day.


Posted by Richard Schwartz at 5:15 PM No comments: