Updates from the French Tennis Open: Serena Williams Bows Out in First Round 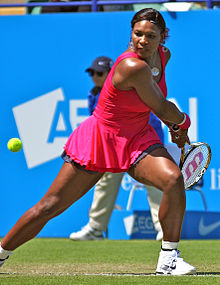 Serena Williams at the 2011 AEGON International
Courtesy of Wikipedia
This match produced a shocker!

Razzano was ranked number 111 in the world.

Serena simply could not get her aggressive game under control with so, so many unforced errors.

I watched a replay of the last game and I can attest that it was a see-saw with Serena and her opponent at times showing brilliance and Razzano even cramping up. (If only Serena could have slowed down her game!)
Posted by Richard Schwartz at 5:59 PM No comments:

A short review of Great House by Nicole Krauss 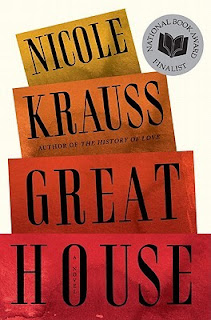 This is an enchanting novel about love, loss, anxiety and desperation.
The focus of the novel is a large oversize desk with 19 drawers, one of which is permanently locked. It is described as:  "This desk was something else entirely: An enormous foreboding thing that bore down on the occupants of the room it inhabited, pretending to be inanimate but, like a Venus' flytrap, ready to pounce on them and digest them, via one of its many little terrible drawers."

There are four narrators, each with their own chapters;  three of them have some connection to the desk.

The fourth narrator is a bitter, irate, disconsolate Israeli father who is desperately seeking reconnection with his son Dov who took off for England to pursue a career as a judge; now, he leaves his job behind and returns to Israel to be with father. He is aloof and insentient which irritates his dad.

The novel begins with Nadia a writer who relates that her boyfriend split taking all the furniture. Through a mutual friend, she connects with a Chilean poet named Daniel Varsky who is returning to Chile and needs a place to 'store' his huge desk. So she gladly accepts the proposition

We later learn that Varsky has disppeared under the Pinochet regime.

Nadia has had the desk for several decades and then one day a woman shows up at her doorstep saying she is Varsky's daughter and wants to take her dad's desk back to Israel with her. Without hesitation, Nadia acquiesces.

I leave it to the reader to fill in the gaps and make connections as needed.

Suffice it to say, that nuances in language left me with the desire to read this remarkable novel a second time.
Posted by Richard Schwartz at 8:43 PM No comments:

What I've Been Reading Lately: Steve Jobs by Walter Isaacson 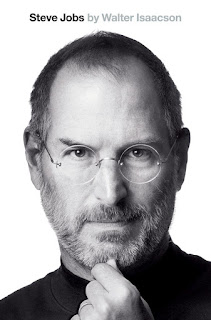 This engrossing biography is about one of the geniuses of the last century who is in a pantheon along with Thomas Edison, Henry Ford, and, perhaps, a few others.

His genius was comprised of two aspects worth exploring:  his unusual psyche and his innovative/forward thinking.

First was his irascible and erratic psyche/personality. If he didn't like your opinion, suggestion or the design and prototype you were working on, he could and would often lash out at you in front of others by saying this "sucks" along with other derogatory terms.

He was quick and summary in his judgments, which most of the time were accurate and on target.

It would take an equally strong personality to stand up to Jobs and convince him that you were on the right track and a few of his associates were not intimidated by his unpredictable outbursts. The latter would go on to earn his respect and build up his team.

Jobs was always interested in hiring and surrounding himself with A team players--people of talent and energy to express that talent.

His teaming up with Steve Wozniak is a perfect illustration of Jobs working one-on-one with an engineering genius. Together the duo would go on to build the early Apple computers culminating in the Macintosh.

He operated in what has been called the reality distortion field. This is a term borrowed from the "Menagerie" episodes of Star Trek "in which aliens create their own new world through sheer mental force." (118). What this means is that once you came under the charismatic, indomitable will of Jobs, you were forced to change your thinking and side with his view of reality.

By this stretching and manipulating reality, Jobs was able to push his team to meet deadlines for product introduction that the team thought impossible.

He forced them to think out of the box.

The second aspect of his genius was his obsessive lifelong belief in the integration of hardware and software. (Jobs was a master- a perfectionist- of design and would pour over dozens of shapes before he would chose the right one for a new product).

Unlike Bill Gates of Microsoft, he would not allow other hardware manufacturers the right to use Apple's software system.

It is this tight control of content (music, photos, etc) hardware (iphone, ipod and ipad, MacBook Air MacBook Pro, etc) and software (OSX, Leopard, etc) that allowed the syncing of all Apple devices; this, in turn,  propelled the sales of all Apple products (including shared revenue streams)  from its itunes library to down loading apps, books and magazines for its iPad.

To summarize: one of the major themes of the book is that Apple has become the number one company in the US because of the driving, obsessive, compulsive personality and integrative thinking of its co-founder Steve Jobs.

But, will Apple continue to thrive without Jobs to lead?
Posted by Richard Schwartz at 6:45 PM No comments: 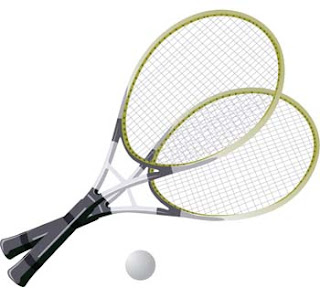 It was in the mid 1970's that I came under the wing of Dan Lucey at San Francisco's Golden Gate Park tennis facility.

Tall, thin and lanky, Dan had the most fluid strokes of anyone I met. He was a pleasure to behold as he gracefully moved around the court with short, movements always returning to a central position awaiting the next shot.

His strokes were always clean precise and consistent.

He knew how to coach the fundamentals of the game: the serve, ground strokes and volleying.

He was also a  master of strategy.

He would hop on my court (as I was practicing with a partner) take my position and quickly modeled the fundamental strokes and strategies of the game. Then I would take over and Dan would continue to coach me.

He was ranked in the top ten statewide in the 45's; tournament play had evidently honed his competitiveness and spunk.

In 1974, he was ranked number 2 in the  Men's 55 Singles in the Northern California Tennis Association's tentative rankings just behind John Morrison of Sacramento at number one, with Norm Brooks of San Francisco following Dan at number 3. (Click here to read OCR Text from the San Mateo Times.)

Dan worked for The Water Department and while doing fieldwork often visited the tennis courts during his lunch hour.

He knew every tennis player at the facility-- their strengths and weaknesses. 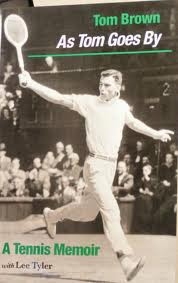 He often commented about Tom Brown (lost against Jack Kramer in the US Open finals in 1946 and the Wimbledon finals in 1948) on his aggressive ground stroke game and about Rosie Casal's feisty style. 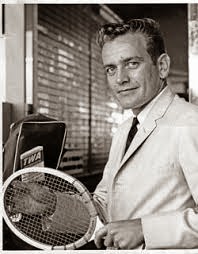 He directed my attention to the unflappable Whitney Reed, the top seeded player at the annual San Francisco Open tournament. Whit, as he was called, hailed from Alameda across the Bay.

At one point in the early 1960's, Whit displaced Chuch Mckinley to be the number one ranked men's singles player in the US. In his career, he had wins over Rod Laver, Roy Emerson, Neale Fraser, Frank Sedgman, Gar Mulloy and Manuel Santana to name a few. All the latter have been enshrined in the International Tennis Hall of Fame.

Dan always would observe my game and worked often with me (and others)-- ALL GRATIS!

He matched me against other players on my level and encouraged me to play some Bay Area satellite tournaments.

This was how I improved my game--thanks to Dan.

We miss you Dan.


P.S. I would like to include some photos of Dan; so if anyone has tennis shots of Dan, please contact me.
Posted by Richard Schwartz at 6:44 PM 2 comments: