Two Feel Good Stories You Might Have Missed: Extending the limits of living through Meditation Music and Poetry

1. 106 year old Eileen Ash, from Norwich England drinks two glasses of wine daily does Yoga daily  and just recently passed her driving test;  she  drives around in her bright yellow Mini.sports car-- yes, at the ripe 'young' age of 105. Click here for a video celebrating her 106th birthday by flying in an open cockpit Tiger Moth. 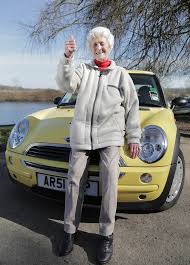 Eileen Ash drives a yellow Mini Sports Car
(Courtesy of the Daily Mail)
2. An announcement during National Poetry Month: With much gratitude to organizer Relly Coleman.  Yael Stolarsky, Shlicha, and I have been invited to inaugurate the First Connecticut Hebrew Book celebration on Sunday, June 10th, 1-6 PM  as part of the second annual  Israeli Food Festival to be held at Temple Israel in Westport. Besides vendor and demonstrations, there will be 2-3 breakout sessions: one about Hebrew short stories with Susan Boyar, a professional book discussion leader and another about Modern Hebrew poetry and music  that Yael and I will lead.

In prior years, I have led  three  Modern Israeli Poetry and music discussions at the Stamford JCC with Or Berger, Shaliach, and Yael. sponsored by the Jewish Historical Society of Fairfield County.

Here is a podcast link to our last event held at Curley's diner--an event hosted by Poem Alley  and introduced by its leader Ralph Nazareth and , Eleni. Begetis, the poet/owner of Curleys. 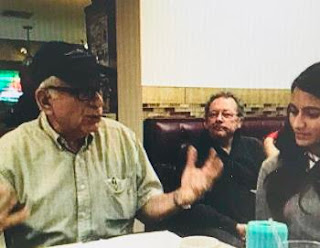 
Posted by Richard Schwartz at 1:34 AM No comments:

It was the culmination of a career that began  when Mike led services at Genesis Agudas Achim in Tuckahoe, N.Y  and then became Torah reader at Temple Israel in White Plains.

Mike always had a love of music as we all did. My mom was a passionate lover of opera and we were surrounded by stereo LP renditions of Carmen, Barber of Seville and Pagliacci. Mike could often be heard singing arias in a booming voice as he showered.

The event at JHJC drew a large attendance and the service was followed by a sit down hot luncheon organized by President Steven Knoble.

Although New York City Councilman Danny Dromm could not attend, former Councilwoman Helen Sears did attend and lavished praises upon the many outreach community events hosted by the JHJC.

Kudos to Michael and all those who attended to honor him. And, Michael, keep taking singing lessons with Cantor Sherwood Goffin of Lincoln Square Synagogue.

Below is a framed letter from New York City Councilman Danny Dromm extolling Michael's service as part of the cantorial tradition that dates back nearly 2500 years. 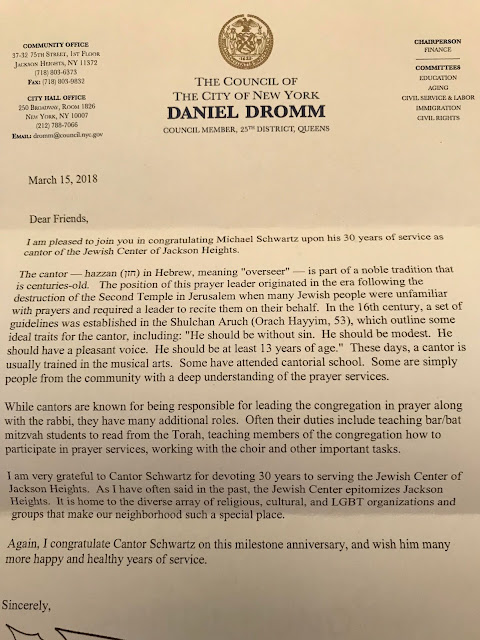