One of the most hopeful moments of the year 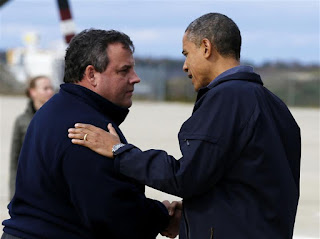 
Democrats and Republicans can get along!

Shortly after Hurricane Sandy struck, President Obama made a surprise visit to New Jersey to assess the storm damage and to lend support to a much beleaguered Governor Chris Christie.

Christie had been coming down hard on the president weeks before Sandy hit; the Governor kept alluding to the latter's "massive leadership failings."

Thus it was a wonder that Christie warmed up to his "adversary."

In his comments to the media, Christie commented that he "can't thank the president enough" and "I appreciate that type of leadership."

He even tweeted that " I want to thank the president personally for his assistance."

There is a message of hope to be garnered here.

Even the most sworn adversaries can lay down the hatchet and work together for the common good and the people.

Happy hopeful New Year to us all!


Posted by Richard Schwartz at 11:22 AM No comments: 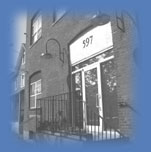 It has been a tradition for nearly 15 years at the Stamford Homeless Shelter.

Every Christmas day, over a dozen volunteers from Stamford's Agudath Sholom prepare delicious kosher dinners for the many residents of the shelter.

This year was no exception.

Then roast turkey with stuffing and gravy, glazed pastrami and various types of meatballs, 6 sides with lots of bread and dinner rolls.

In addition, many volunteers brought a plethora  of warm winter gloves, scarves and knitted hats.

The students of The Westover School of Stamford provided decorations and placemats.

Kudos to all who made this day so special at the shelter!
Posted by Richard Schwartz at 7:50 PM No comments: 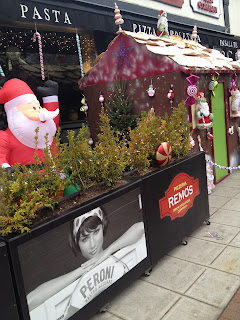 Kudos to Remo's for their cheerful, colorful and joyful holiday decorations.
Posted by Richard Schwartz at 11:09 AM No comments:

Stamford cleans up from Sandy 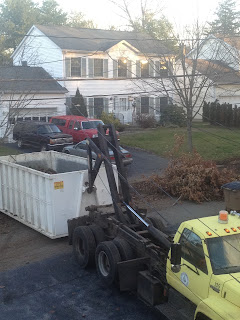 You can't miss them!

The Stamford cleanup crews are out and about here in Glenbrook the last few days.

They spend several hours in each neighborhood first gathering the leaves into one pile and then haul them away.

Then they tackle the fallen trees and branches.

Thank you, Stamford workers for your hard efforts.

We are the city that works.
Posted by Richard Schwartz at 10:54 AM No comments:

What I've been reading lately: The Girl from Foreign by Sadia Shepard 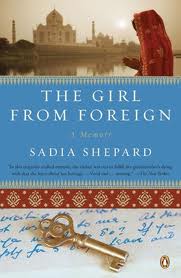 This is a beautifully crafted memoir.

Sadia is the daughter of a Protestant man from Colorado and a Muslim woman from Pakistan growing up in the Boston area.

While rummaging through her grandmother's jewelry as a teenager, she discovers a pin with name "Rachel Jacobs" inscribed on it.

Nana explains that she grew up in an Indian family of Jewish descent and part of the Bene Israel community believed to be descendants of one of the lost tribes that escaped from Israel over 2,000 years ago.

According to oral tradition, these survivors arrived in India when their boat was shipwrecked.

Nana, we learn, was secretly married to a Pakistani man with two other wives.

Armed with photographic equipment and a mission to discover her roots, Sadia spends her Fullbright Scholarship year in India and Pakistan to track down her ancestors both Hindu, Muslim and Jewish.

The book is rich with photographic detail;  Sadia participates in a Muslim wedding in Pakistan and the festival of Tabernacles (Succoth) with her relatives in India.

Stay with this book through there is some slow reading in the middle. Sadia's preoccupation with detail and dialogue are arresting.

At the end of the book, she is faced with the dilemma  of choosing between the three religions.

The outcome will be interesting.


Posted by Richard Schwartz at 4:29 PM No comments: