My first blog of 2016: Civility in America series continues at Stamford's Ferguson Library with Hope on the Horizon: featuring Governor Jim Douglas of Vermont 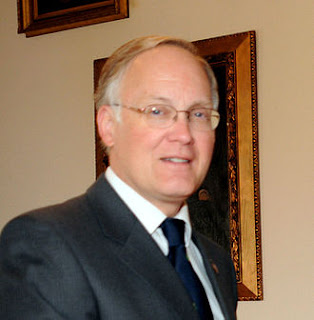 Before an attentive and appreciative audience at Ferguson Library Tuesday night, Governor Jim Douglas, Republican of Vermont  (2002-2009), captivated the crowd with examples of  bi-partisan cooperation in his state.

He thus created positive visions and paradigms that could and will break the congressional gridlock, between the Democratic and Republican parties and even within the fractured latter group--schisms that have paralyzed passage of bills.

He began his discourse with noting that without compromise there is, of course, gridlock. Gallup Polls findings illustrate the alienation of the American voter: 42% of Americans identify themselves as Independents. Locally, collegiality has decreased in Vermont state government as fewer and fewer congressman meeting in  Burlington, the state capital, are electing to board for the week to engage in political give and take. The political debates are more and more often held in chambers devoid of politicians.

Yet there is hope if we attune to changes that are occurring.

For instance, the 2010 budget impasse in Vermont was resolved by bipartisan pressure on the teachers' and other civic unions to accept a decrease in salary. 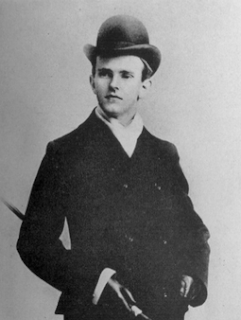 Photo of Calvin Coolidge while attending Amherst College
He was born in Plymouth Notch, Windsor County, Vermont
He served as our 30th President from August 2, 1923-March 4, 1929
Photo courtesy of Wikipedia

Vermont furthers public discourse on major issues. He noted that the 30th President of our country, Calvin Coolidge, Vermont's favorite son, was silent on most issues when in national office (hence he is nicknamed "Silent Cal'); however, while he attended Amherst College, he exemplified the give and take of discourse by distinguishing himself in his debating class.

So, following his lead, Vermont hosts a World Schools debate camp for Team USA at the Coolidge Foundation located at Plymouth Notch, the President's birthplace.

The Vermont Health Care Reform Bill was passed in 2000 as a result of the common objective that led to a compromise.

He urged that Congressional districts must be redrawn to reflect a balanced system that reflects the paradigm of one man/one vote.

Amity Shlaes, who was the 13th speaker in the Civility in America series (on May 7, 2013) attended Tuesday night's event. Ms. Schlaes, an author and columnist is on the board of trustees of the Calvin Coolidge Presidential Foundation. She is also author of a recent biography of our 30th President.  She addressed the topic of civility in history.

The next Civility in America presentation is scheduled for Tuesday, March 8th at 6 PM at Ferguson Library and will feature Financial Times reporter Gillian Tett.

Posted by Richard Schwartz at 1:17 PM No comments: