Upbeat Quote of the Day: Celebrating the life and legacy of Naturalist John Muir (1838-1914)

"The Power of the imagination makes us infinite." 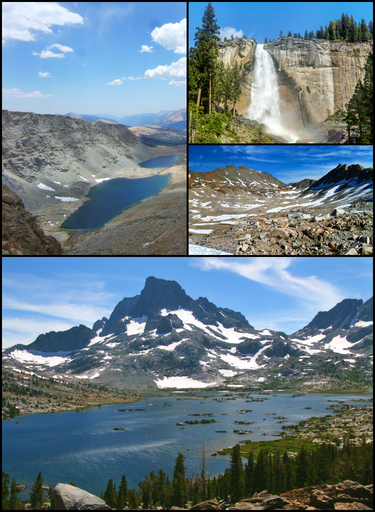 Muir was a passionate conservationist who spearheaded the founding of Yosemite and Sequoia National Parks. There is a trail named after him that traverses over 200 miles in Southern California.

The Pacific Crest Trail, which runs from the Canadian border down the Sierras to Mexico (over 2500 miles in length)  joins up with the JMT in the Southern Sierras. The peaks are as high as 13,500 feet. 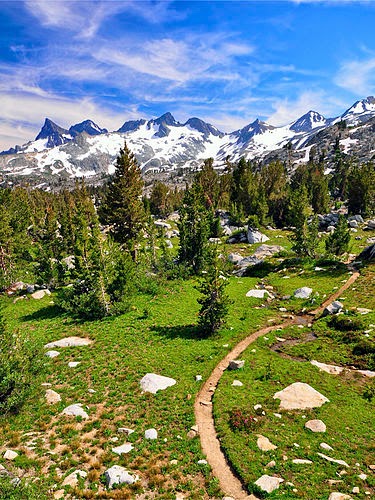 My home in Paradise California,in the Northern Sierras (3,000 foot level), was about a 20 minute drive to the Pacific Crest Trail.

The views from the trails, which I often traversed, are spectacular and definitely opened up and stimulated my imagination--- and obviously continue to do so---to infinite possibilities-- to a better world.......

Have a great day!
Posted by Richard Schwartz at 11:52 AM No comments:

An intriguing novel about an American/Chinese double agent: A Map of Betrayal by Ha Jin 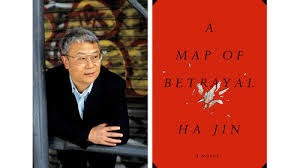 Ha Jin author of A Map of Betrayal

In Ha Jin's latest novel (Jin, who teachers English  at Brandeis University, has won numerous book awards for his writings), he presents with convincing accuracy the life of a Chinese- born double agent, Gary Shang, working concurrently for the CIA, and for the Chinese Government's espionage arm.

He is a bigamist, who is torn between his allegiance to two wives and two countries: in the late 1940's, he married a country lady in northern  Shandong Province, fathered twins with her and then never saw her again.  He is recruited by the Chinese Communists to infiltrate the spy networks of the retreating Nationalists under Chiang Kai- Shek.

He is living with separation pains from his first family as his espionage takes him far away to Okinawa where he gains recognition as a translator of key Chinese documents for US intelligence.

He then settles in the US, marries his second wife and fathers a daughter, who is key to the novel. Here, as a Chinese mole, and then a naturalized citizen, he shows his mettle to the C.I.A as one of the best deciphers of Chinese intelligence.

He meets with his Chinese handler occasionally in Hong Kong passing along valuable information.

His intelligence is so vital to the Chinese that at one point Chairman Mao declares that Gary's work is equal in value to four armored divisions.

Jin alternates chapters of the chronological story of Gary's life with chapters in which his American born daughter, a college teacher of History, travels to China as an exchange Professor; here she
unravels the secretive life of her father as well as that of her siblings.

The novel is an intriguing fast read-- against a background that covers 30 years of Chinese American relations.

If you enjoy spy novels, this is one not to miss.


Posted by Richard Schwartz at 1:06 PM No comments:

The Stamford Arboretum was packed with an audience of over 100 people to hear nonagenerian Eric Pleskow highlight his amazing career which saw him rise from a refugee of the Holocaust to head a top Hollywood motion picture studio. He was interviewed by his son Tony and daughter Michelle. 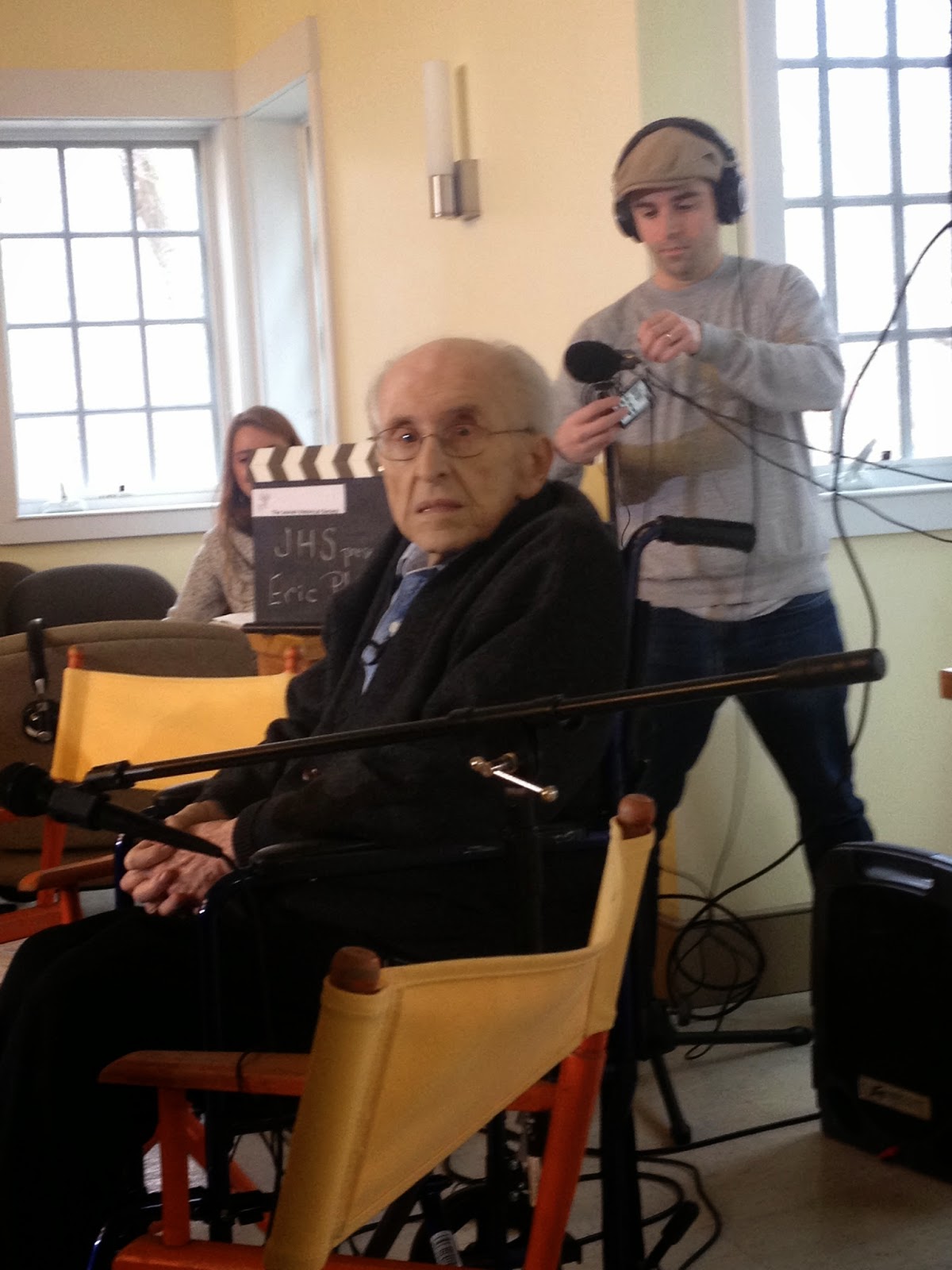 He described his escape from Vienna on the last train to depart just days before the Nazi Anschluss in 1938. At the border of Germany and France, Nazi officials pulled a Jewish family off the train only to physically mar them (including gouging out eyes) in front of Pleskow and others.

Once in New York, he attended George Washington High School in NYC's Washington Heights (at the same time as Henry Kissinger) without understanding a word of English.  He got an early break by working at a firm that was making documentary films. He enlisted in the Army and after the war he was assigned to Munich. Here, he was instrumental in opening up over 800 movie theaters in Germany to disseminate US films and propaganda.

Back in the States he rose very quickly at United Artists (UA) and became president in 1973. His studio won the Academy Award for best picture three years in a row (1975, One Flew Over the Cuckoo's Nest: 1976, Rocky: 1977, Annie Hall).  Cuckoo's Nest garnered five Academy Awards.

He left UA in 1978 to build up Orion Picture where he presided until 1992. Under his aegis, his successes included Amadeus, Dances with Wolves and The Silence of the Lambs. 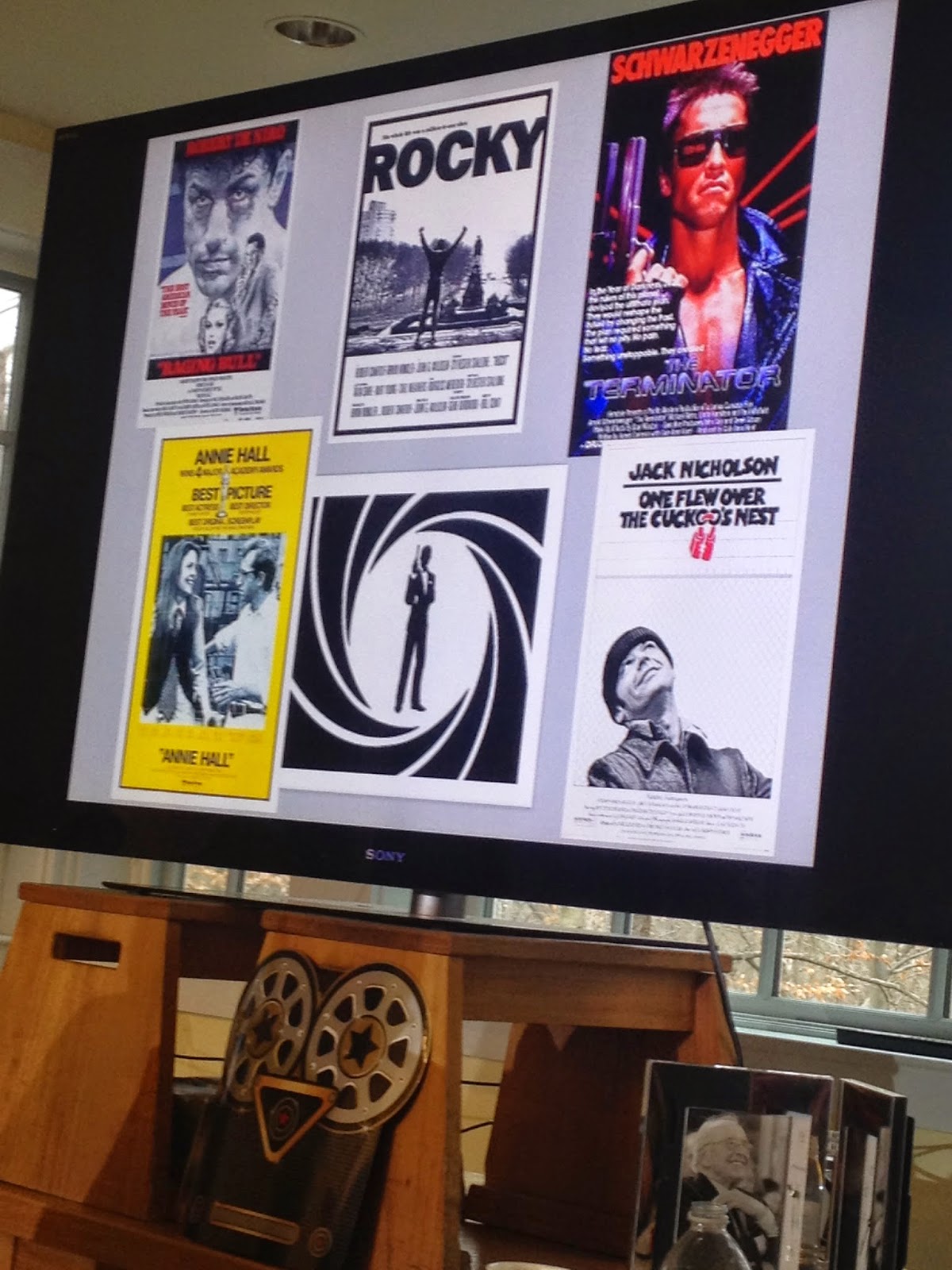 He ascribes his success by always agreeing to do jobs that he knew might be beyond his grasp. He succeeded at these projects by teaching himself on- the- job skills needed to succeed.

Ironically, after being entreated over many years by a Viennese journalist to return to Vienna, Pleskow assumed the Presidency of the annual Viennese movie festival, the Viennale, beginning in 1998.

You will be able to watch the entire interview on the Jewish Broadcasting Network (formerly Shalom TV) as soon as they air it. (Check with them).  DVD copies will also be available at the Harry Rosenbaum JHS Judaica Library at the Stamford JCC in the near future.

Kudos to the Jewish Historical Society of Fairfield County and Selah, the Reconstructionist Synagogue, for this stimulating and excellent program.

Posted by Richard Schwartz at 1:37 PM No comments: