Glenbrook in Stamford remembers : Never forget the sacrifices of our VETERANS 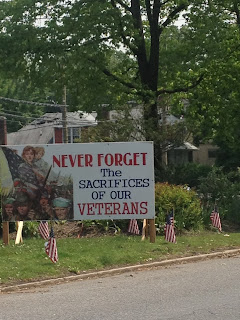 Posted by Richard Schwartz at 4:30 PM No comments:

Combating climate change : do we really have two strikes against us?

Over two years ago, in October 2010, I blogged about the implosion of the unusual triumvirate of Senators John Kerry, Lindsey Graham and Joe Lieberman-- formed to combat global warming. (I suggest you glance at my comments.)

The issue is hardly dead with the release just a few weeks ago that level of carbon dioxide, the key warming gas, has hit 400 parts per million in our atmosphere.

The consequences are dire:  they include droughts, floods and rising ocean levels, and other disastrous consequences.

Senator Barbara Boxer of California gave an impassioned speech on the senate floor urging our nation to unite on taking steps to curb climate change.

Christine Lagarde head of the International Monetary Fund, in an interview with the Wall Street Journal,  was asked about the magnitude of the economic risk posed by climate change. She responded:  "It's a massive risk and its a huge opportunity and for the moment, we are ignoring both risk and opportunity associated with it."

She went on to urge governments not to encourage massive consumption of fossil energy. "The opportunities are huge, with the spending that is saved re-orientated  toward infrastructure, education, health, you name it."

Yet, a recent editorial in the New York Times suggests that all is not hopeless.

The President can take executive action to execute a "robust climate strategy."

He can "invoke the E.P.A.'s authority under the Clean Air Act to limit pollution from stationary industrial sources, chiefly the power plants that account for almost 40 percent of the country's carbon emissions."

He can also have the E.P.A. curb the "enormous leakage of methane, a potent global warming agent, from gas wells and the pipes that bring natural gas to consumers."

In addition, "he can order the Energy Department  to embark on a major program to improve the efficiency of appliances and commercial and residential buildings which consume a huge chunk of the country's energy supply. And he can ramp up investment in basic research."

It's high time we get started on an climate changing program-- and especially in concert with other industrially polluting nations.

Posted by Richard Schwartz at 8:13 PM No comments: 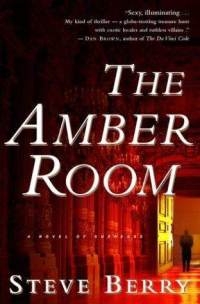 Rarely,  do I pick up a novel and feel like finishing it in one sitting.

The Amber Room is one such novel.

It's an international thriller of suspense and roller coaster action.

The Amber Room is a czarist treasure that was stolen by the Nazis towards the end of World War II.
Two wealthy art collectors in the business of dealing in stolen art are in competition to locate this treasure.

Their lieutenants are two ruthless agents who are free to crisscross the world and use any lethal methods to uncover clues about the treasure's whereabouts.

The stage is set for two Atlanta  lawyers who are divorced-still harboring love for each other- to enter the action because both have lost parents who also were searching for the amber room.

Rachel, a trial judge, first takes off to find her father's associate, perhaps the only living individual with knowledge of the treasure's location. Not to be outdone, her ex Paul sets our after her.

Not to spoil the novel, I'll only disclose that Rachel nearly gets killed.

But who has the treasure?  Who survives and who is wiped out?

Read this entertaining novel to find out.
Posted by Richard Schwartz at 3:43 PM No comments: 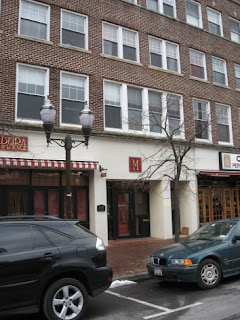 This Atlantic Avenue building is to be demolished

I visited downtown Stamford this morning and noticed that a building located on Atlantic Avenue between the Bank of America building (located on the corner of Broad Street and Atlantic Avenue) and the Palace Theater is to be demolished.

There are signs in the ground floor windows of this four floor building giving notice of demolition.

The building (21-27 Atlantic Avenue) formerly housed a number of restaurants and commercial spaces.

Does anybody know what the plans are for the property?
Posted by Richard Schwartz at 3:25 PM No comments:

Like many residents of our nutmeg state, I prefer to receive my utilities bills by mail and pay online.

My reason is simple. With an overwhelming number of daily emails-which seem to increase weekly- I am concerned that I might skip over some important ones such as bills.

In short, there are fewer daily mail items for me to peruse than emails. Thus, it is much easier for me to spot bills among five pieces of mail than it is among 30-50 daily emails.

So, as usual, this past week I clicked on my email option to waive receiving my utility bill online in the  pop-up window that initially appears.

When I had paid the bill and received my confirmation number, I was surprised to read on the same page a notice thanking me for taking the paperless route of receiving my monthly statement.

I called a phone rep. at CT Light and Power who said that starting on Monday May 6th, the company  inserted on page 2 a checked box saying that I want to take the paperless route.

(This is after I had earlier already declined the pop-up option. )

She said I had to undo the check in  the box or indeed I would receive paperless notifications.

I can understand the utilities wishing to save expenses of paper, computer printouts and mailing costs.

But, is this the way to do business?

From now on, I will pay more attention to each line before hitting the pay now button.

Posted by Richard Schwartz at 2:38 PM No comments: