Mike Morell, Deputy Director of  the  Central Intelligence Agency,  appearing on the Charlie Rose show,  indicated three possible levels of Russian complicity in the shooting down of the mh 17 with the loss of nearly 300 civilians.

On the first level,  world opinion is nearly unanimous that Vladimir Putin has created the Ukrainian separatist group and has funded and equipped them with sophisticated anti-aircraft missiles with which to take down Ukrainian military aircraft.. Thus Putin is complicit in shooting down mh 17.

The second level of complicity would be triggered if indeed Putin gave the separatists this particular anti-aircraft missile system and trained them in how to use it.

The third level of complicity would occur if the Russian Special Forces were actually there assisting the separatists in the shoot down. This is the most difficult to prove.

The anti-aircraft equipment has been removed, most probably into Russian territory.

The only way to determine levels two and three is through intelligence sources.

So, at a bare minimum, Morel comments, Putin is supporting these insurgents.
Posted by Richard Schwartz at 9:50 AM No comments:

Latest GM recall involves another 800,000 vehicles. Yet sales are up!

General Motors has gone through many restructurings in the past
as depicted by the Outs and the Ins
Logos from hooniverse.com


Yesterday GM announced six more recalls, involving problems other than faulty ignitions switches: air bags, seats and turn signals "parts that may not been welded together properly and a loss of power steering."

That brings the total number of GM cars recalled since January to 29 million -- yes, yes- that number is not an error.

Yet, despite this plague of recalls and a $3.8 billion outlay to cover these defective ignitions,   GM is selling more cars than ever.

This flies in the face of reality.

One would think that the prospective car buyer would shy away from buying a GM product.

But, such is not the case.

What is happening is that when the GM car owner is waiting at the dealership for the recall rectification, savvy car salesmen are convincing many many owners to upgrade and switch to newer models with "new bells and whistles."

It was just reported that it is the sale of big S.U.V.s that is pushing sales up-- way up-- as tens of thousands of these vehicles are rolling off the showroom floor.

Did GM deserve to be bailed out by the US Taxpayer?

And should the automaker be broken up into four separate units to allow more transparency as I previously suggested? (See my prior blog, click here)


And finally should the Chief of their legal department be allowed to retain his position,  or should he be fired?

You must decide for yourself as we contemplate the wisdom of keeping this behemoth alive as it is.


Posted by Richard Schwartz at 4:12 PM No comments: 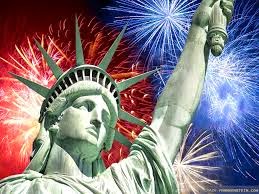 HAPPY 238TH BIRTHDAY, AMERICA
Posted by Richard Schwartz at 4:06 AM No comments: 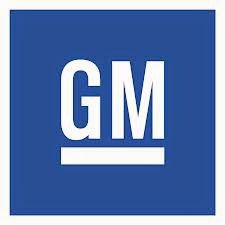 Yesterday it was announced the latest recall for ignition switch potential failure. The 7.6 M number includes, but is not limited to  the following vehicles:  Chevy Malibu 1997-2005, Pontiac Grand Prix 2004-2008 and Cadillac  CTS 2003-2014. For other vehicles included in yesterday's recall as well as  other important data and charts click here.

7 crashes 3 deaths and eight injuries have been admitted by GM to be blamed on the above defects-- for the June 30th recall-- ALONE!

Isn't it time for our Congress which bailed out this behemoth, that obviously cannot rule and contain itself, to take some drastic action.?

What would this drastic action entail? With the loss of even one life, can we allow this company to carry on with business as usual:  more cover-ups revealing more deaths.

When will this piecemeal disclosure of recalls--there have been 22 other days on which GM has announced recalls--finally end. ?

How many more lives will have been taken?

Our government elected to bail out the bankrupt GM back in 2009 (costing the American taxpayer $11.2 billion in unpaid/lost funds) to save jobs.

What will it take to SAVE LIVES and restore confidence of the buying public in our leaders ill-fated decisions?

Should GM be finally allowed to fail simply because it has become too big, too unmanageable?

Or should the Company be broken up into separate autonomous units each with its own executives--who, we hope, will demand and be able to create more transparency in operation?

You decide and then contact your elected leaders for some immediate action.

Posted by Richard Schwartz at 4:53 AM No comments: