Happy Thanksgiving to All 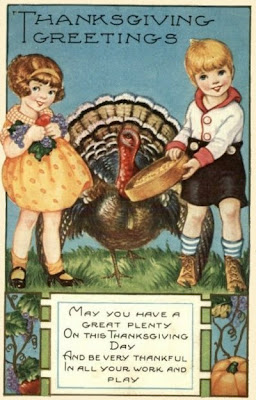 Posted by Richard Schwartz at 3:11 PM No comments:

Illiterate at 96, he publishes his first book at 98!

Here was this 98 year old fisherman living in the Mystic/Stonington Connecticut area who had gone 96 years without being able to read or write.

Two years ago he became literate and has published a book of 29 chapters that details his life in detail including serving as  Captain of  three fishing boats.

Here is the complete story: http://tinyurl.com/c6p2rtr

Posted by Richard Schwartz at 9:04 AM No comments:

What I've Been Reading: The Last Town on Earth by Thomas Mullen 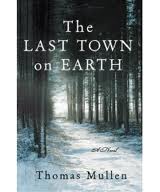 Mullen's first novel is a great read.
The book is a gripping story about the effects of two simultaneous events on a new small milling town, named Commonwealth, located in a rural area of Washington State.

The first event is an outbreak of the Spanish flu that swept across America in about 1915--killing millions in its wake and now surrounds tiny Commonwealth.

So, after a town debate, a quarantine is imposed.

The second event is World War I in which the US had just joined. Certain jobs were considered essential  and deferments were granted for them. Logging was just such an industry.

Phillip is the protagonist in a cast of strongly developed characters ; A 16 year old adopted son of the founder of Commonwealth, he is torn between his loyalty to the quarantine and his feelings to protect a runaway soldier from a nearby Fort. The latter tells Phillip he has killed another soldier who was tormenting a conscientious objector. Phillip harbors him and for a while the two are held 'captive' for two days until the threat of contagion passes.

The climax is when Phillip kills Sheriff Skip Bartram who leads a trouble-making group from a nearby town on two occasions: the first to break the quarantine and the second to hunt down draft dodgers.

All these events occurs against a plague that takes the lives of dozens of residents of the town and even has Phillip in its clutches until he is able to beat it.

The question at the end of the novel is where will Phillip seek haven from a possee that is sure to come hunting for him.
Posted by Richard Schwartz at 5:59 PM No comments:

The last few days have been delightful with temperature in the 60's and virtually no breezes.

The mid-afternoon sun has yielded a dramatic backdrop of so many golden, tawny and russet hues.
Posted by Richard Schwartz at 1:59 PM No comments:

Each flag represents a service member killed in Iraq and Afghanistan.
Posted by Richard Schwartz at 1:39 PM No comments:

Snowtober slide show in Stamford as fall turns into winter