Nietsche and the Will to Power : Columbia University Scholar Herb Roseman's Climactic Presentation 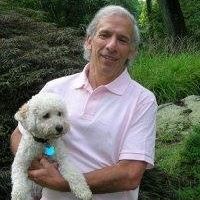 Lecturing to a small but appreciative audience, Herb's passion and admiration of great philosophers of the Western Canon illuminated the life and philosophy of Nietsche..

Last month, he climaxed his four years of bi-weekly presentations at our local JCC by setting forth the 'essential' Nietzsche. In so doing he dispelled  a misunderstanding  that has surrounded this enigmatic figure for the better part of the last century as well as this one.

He explained that our antipathy to this great thinker was caused in great part by his sister Elisabeth Forster-Nietzsche, herself a rabid anti-Semite. After his mental collapse in 1889, he lived out his remaining years with, first,  his mother and then his sister. The latter was responsible for revising her brother's writings to reflect her own biases.

Herb explained that Nietzsche actually 'appreciated' (or better yet, recorded) the role that Semitic culture played in the genealogical development of morality.

Originally, the Master Morality (which he favored) symbolizing  the strong, the brave, the aggressive and self-sufficient rulers was dominant over the slave mentality (think of Pagan Rome), representing the weak, subservient, altruistic and humble folk.

The killing of Jesus, who represented the humble and weak, was followed by the will to power of an elite group of 'priests.' Instead of serving to elevate and strengthen the morality of the flock, the priests now ruled over the passive impoverished masses keeping them in check by illiteracy and ignorance.  This inversion of power (think religious wars such as the Crusades), an inherent contradiction as described above, secured the power of the priests who now dictated their own version of morality via their power.

Religious hegemony vied with strong absolutist secular rulers as the Church became omnipotent....The Jews were simply a part of this evolutionary process... howbeit  in conflict with Nietzsche's world view.

In reality, the Church (as a symbol all religious denominations) has been in conflict with the Will to Power of tyrannic authoritarian leaders from the beginnings of civilization.

Thanks Herb for your ever clarifying slide shows and for continuing our philosophic journey....as next we segue into the ever-fascinating topic of existentialism today.
Posted by Richard Schwartz at 5:07 AM No comments: