Super Bowl Fifty Four, Palindromic Sunday, Janus the Roman God of Transitions and Change, the Resurgent Kansas City Chiefs and What We Can Expect in the Decade(s) to Come


So it's a palindromic Sunday,  meaning that the numbers read the same whether read forward or backward 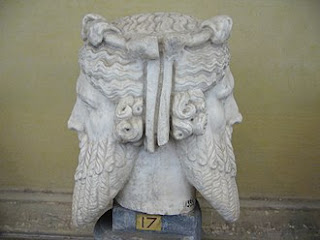 Statue representing Janus Bifrons in the Vatican Museums.
Janus is the God of Beginnings, gates, transitions, time duality
doorways, passages and endings (courtesy of Wikipedia licensed under
the Creative Commons)


This phenomenon and the date is, by coincidence,  juxtaposed to the month of January which is 'two faced.' It is, by convention, named after the Roman God Janus who was depicted on coins and statues as having one neck and one head with two faces each facing in an opposite direction. . So, one face is looking backwards at the past--- to last month as well as the last decade(s) and the other is facing toward the future-- next month and decade, etc.

Statues of Janus were traditionally placed at the entrance of homes and at gates to ward off any evil that might enter. 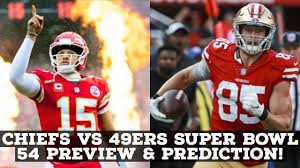 For those of us who tuned into to Super Bowl 54, we witnessed a remarkable comeback and victory of the Kansas City Chiefs over the the San Francisco 49'ers, the former led by the dazzling quarterback Patrick Mahomes.

We have to 'look back' exactly 50 years to 1970 to when the Chiefs won their only Superbowl title.

So, in a sense,  The 'Superbowl  4'  team had to look forward 50 years to repeat the performance. In essence, Superbowl 4 endured 49 hapless years for a repeat performance.

So, what can we learn from the first decades of the the 21st Century.... as we look back from 2020.......What  clues can we discern in anticipating and predicting what we can reasonalbly expect to occur in the the next decade(s)....looking forward?

To learn about the next major Mega-trend, perhaps the most important Megatrend of our times--  already making its appearance on the gloabl horizon---look for my next article which will shortlty address glaringly and blatantly remarkable phenomena--- we as humans will be coerced to address NOW and in the decade to come to assure the survival of humanity. .
Posted by Richard Schwartz at 2:21 PM No comments: