Prior  inspiring  Art in Public Places shows, sponsored by the Stamford Downtown have been reported  and include slide shows of :  Reigning Cats and Dogs, Best of the Outdoor Sculptures,  Horsin Around and  last year's Downtown Abstractions. 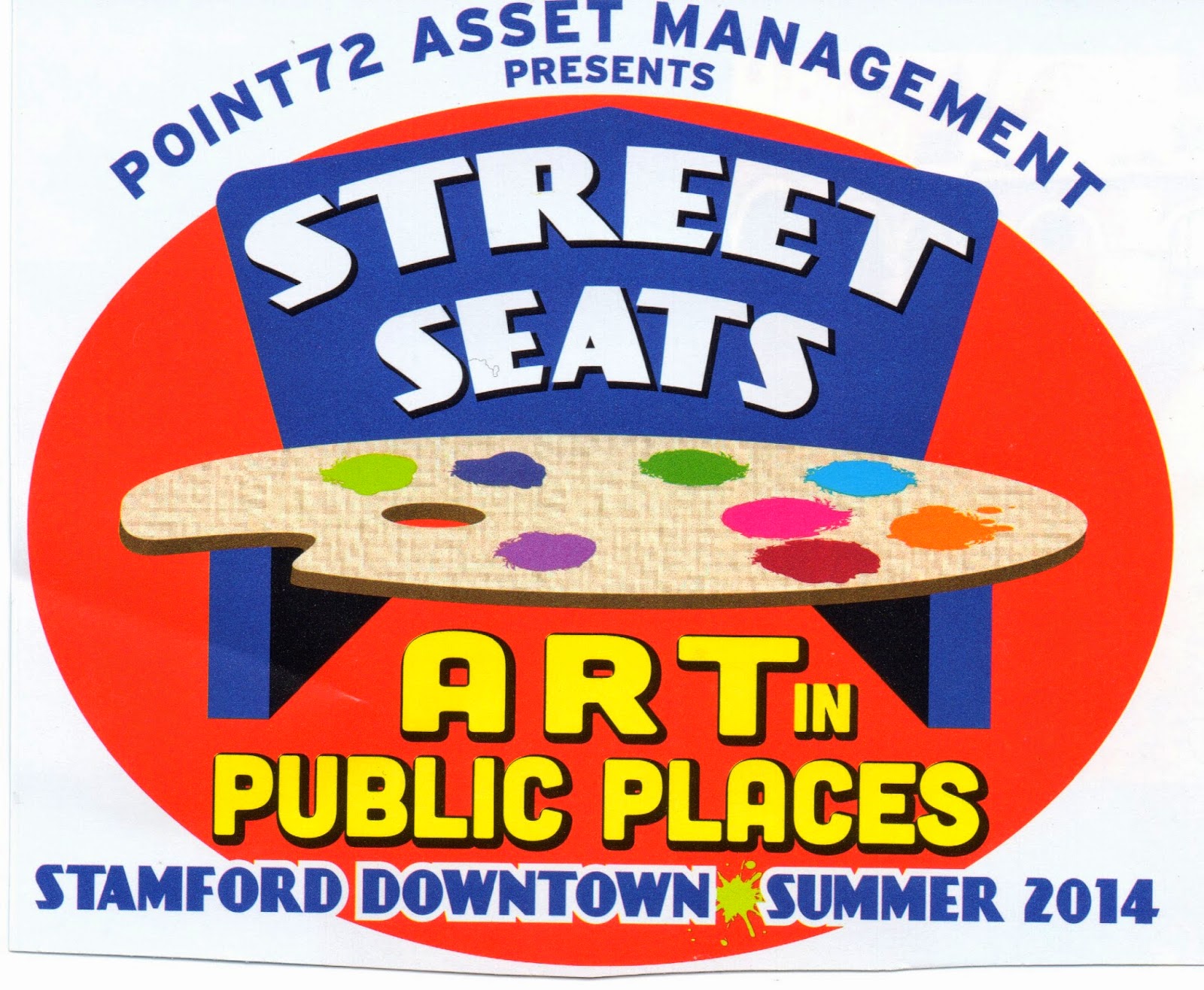 This year's show, entitled Street Seats features 40 originally designed and painted wooden benches found in the downtown area including our parks. Visit www.Stamford-downtown.com for a map to tour the exhibit.

Here are a few images from the exhibit to whet your appetite. 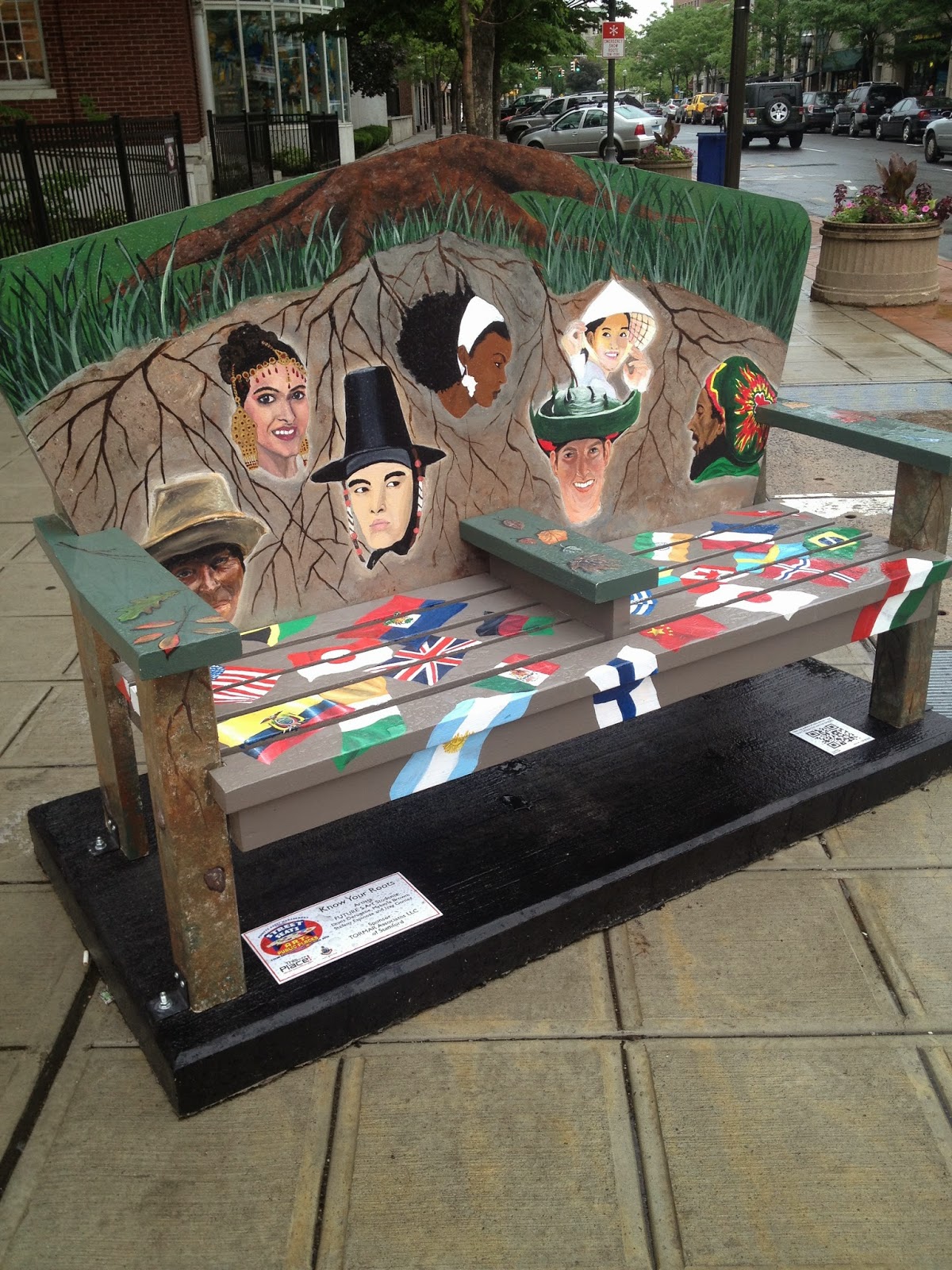 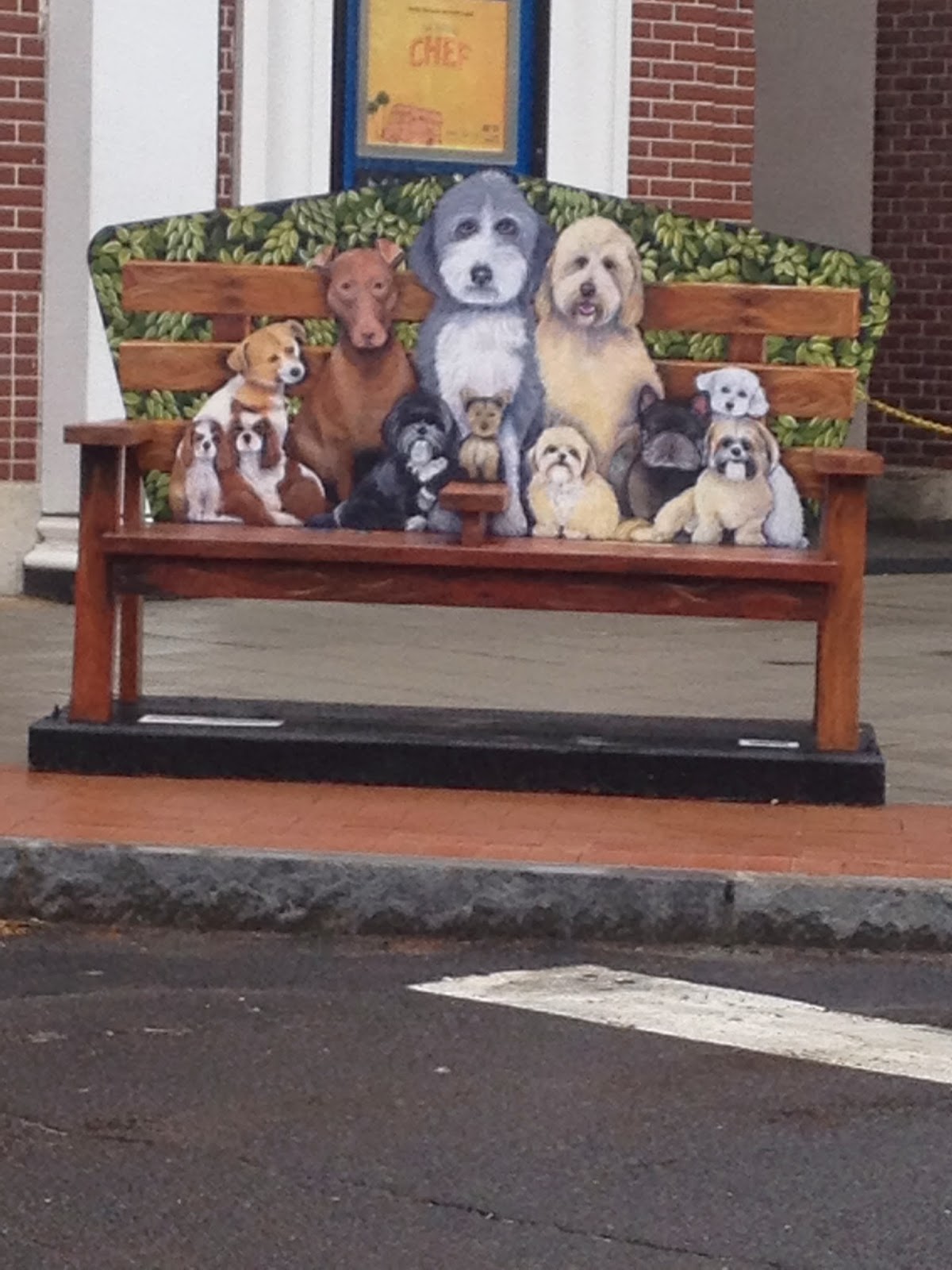 One of my favorites: Can you guess
where this bench is located?

Again, kudos to Sandy Goldstein and her staff at Stamford Downtown for a very imaginative and  inspiring show and of course all the many sponsors of this year's exhibit.

Posted by Richard Schwartz at 11:24 AM No comments:

Lest We Forget: The June 4th 1989 Tiananmen Square Massacre epitomized by one photograph and Time Magazine's coverage of the event 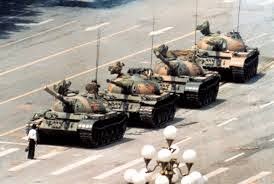 The "Tank Man" bravely 'stands off'  the Chinese Army
in Tiananmen Square on June 4, 1989, Photo by Jeff Widener

We do know that up to one million protesters, mostly Chinese students, crowded the square to rally peaceably for democratic reforms.

We may never know how many hundreds or even thousands of protesters were innocently gunned down by some 200,000 soldiers sent in by Chinese leaders to rid the square of any protesters.

We do know that China has virtually whitewashed the event from Chinese history so that most young Chinese students under 25 are clueless as to what took place.

You  get the drift.

Click here to hear Jeff Widener, staff photographer of the Associated Press, relate to Time Magazine the events behind his famous photograph and learn much more --thanks to Time.

Posted by Richard Schwartz at 5:44 AM No comments:

Are you a person living for your resume or your eulogy? Thoughts inspired by Rabbi Joseph Soloveitchik and David Brooks

In his Lonely Man of Faith, published in 1965, Rabbi Joseph Ber Soloveitchik made a distinction between Adam I and Adam II. The latter represents the innovator the achiever, the man who is eager for success i.e. the worldly side of our nature.  He is one who is eager  to conquer the world and is  hungry for recognition to add to his accomplishments--so he can update his resume. Adam I often leads one to be a selfish, shrewd, sly, cold-hearted individual-- callous to values.

Adam II, on the other hand is much more humble, more introspective and driven by a strong code of inner values that reflect respect for human dignity, love of and compassion for his creator and his fellow man. He is not only a man who does good, but a man who fundamentally is good, which  means -that internally, he is a man who believes and thus adheres to a high- principled and exacting code of conduct.

In short Adam II exemplifies moral and spiritual  virtues that, we all agree,  are worthy to be eulogized.

Soloveitchik argued that within the human mind, these two sides of  our nature are in eternal conflict. There is a never-ending  confrontation between external success and internal value.

So where do you stand?

Are you an Adam I or an Adam II?

Can both sides of the human personality be reconciled?


You must decide for yourself.

In these video clips, David Brooks an op-ed writer for the New York Times and a teacher of moral philosophy and Grand Strategies at Yale College explores these concepts.

Posted by Richard Schwartz at 5:59 AM No comments: