The Power of the Imagination to transform reality: James Mcbride's novel Deacon King Kong is a tour de force hinting at rectification of a culture spinning out of control

As I prepare to publish this posting, the newswires are flashing with news that both the President and First Lady have tested positive for the Corona Virus and are quarantined and the president has been admitted to Walter Reed Hospital.

This is an alarming 'bit' of news in itself as the country is ready to enter the last month before a national election. 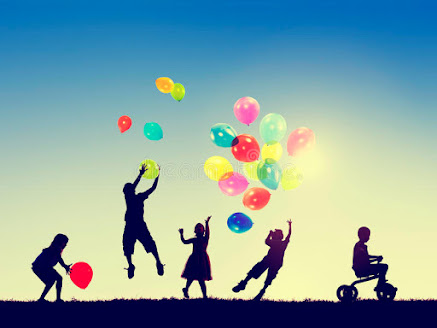 What is at the heart of this article is the power of the imagination.

Just how powerful is the imagination in shaping our reality?

How far can the imagination go, with its power to shape our beliefs and understanding, before it collides head on--with potential mortal consequences?

We know that for the past 6 months, our Potus and First Lady have acted as if the pandemic did not exist as a threat to life--at least as regards themselves.

Whether they believed that the pandemic was a serious global threat or not, they acted as if they were somehow immune. They ignored the best medical experts and defiantly did not wear facemasks.

Were they successful in reimagining reality? Has their overt defiance of  global medical wisdom made a difference in their supposed immunity to the virus?

This issue lies at the heart of the next of my postings as I explore how a number of brilliant writers who have reimagined the harsh, often brutal circumstances mushrooming  beyond their control.

Can great writing somehow transcend and diminish the harsh decree of the pandemic which claims thousands of American lives daily?

My answer is an 'affirmative' yes and I will demonstrate in the next few posts.

Deacon King Kong by James Mcbride is an excellent illustration.

This monumental writing is a saga that runs only 370 pages! But in its gutsy, visceral, at times stream of consciousness prose, it will hold you breathless in a roller coaster ride from start to finish.

The time is 1969, The setting is a New York City housing authority run ' project' eponymously called the "Cause" located in the Red Hook section of Brooklyn--an area filled with loading docks immortalized by Marlon Brando in "On the Waterfront."

It is a time when heavy drugs, heroine and crack are in heavy use and the distribution controlled by competing drug lords

It is a time of hope and change symbolized by the Mayor John Lindsay's liberal republican administration filled with young ivy league educated idealistic public servants filled with aspirations to clean up the  lives of the trodden masses, the wretched refuse to make the city a more humane habitat for all its denizens. 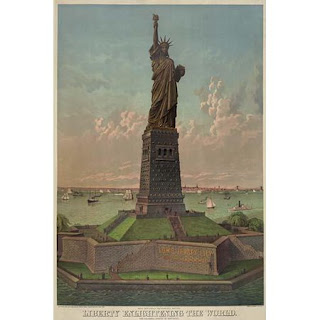 Against the squalid lives of the outlying forgotten souls is the oft mentioned recurring symbol of hope-the Statue of Liberty- in full view from this south Brooklyn community.

The central character-- Deacon King Kong-- is a moniker for a church centered drunkard whose life centers around a constant imbibing of home grown whisky called king kong, At the same time he is dealing with a number of other convergent obsessions: the loss of his deceased wife Hettie with whose apparition he is in constant dialogue, obsessed with finding the Church Christmas Club money he believes she hid; obsessed with his role as 'failed' mentor to a promising church-raised 19 year old kid, aptly named Deems Clemens. (ala Roger)

This kid has a great pitching arm with a probable major league career in the wings. Sadly, he drops baseball to become the local lucrative distributor, controlling the sale of heroine to hapless, clueless denizens of the "Cause" projects.

The climax occurs when an inebriated Deacon quietly approaches Deems at the flagpole located in the center of the communal courtyard at high noon as Deems is presiding over the daily distribution of drugs; Deacon then pulls out a revolver with intent to kill his erstwhile baseball star. Fortunately the intended victim turns his head at the last moment and so Deacon blows off his ear.

Questions loom big: does Deems exact revenge upon his mentor Deacon King Kong? And does Deems, now convalescing in the hospital lose his position to another drug lord eager to control such a lucrative enterprise? Finally, what becomes of the Deacon at the end of the novel? Immortalized or dehumanized?

And other questions are writ large: James Mcbride portrays many cultures: black, Irish, Italian and Jewish with with long standing turf wars by drug lords fighting over the control and distribution of heroine to dozens of neighborhoods. Do you agree with me that the novel at various times hints at the rectification and humanization of the 'dark side' of noble creative cultures -with deep roots in the ante-bellum south, Ireland, Italy and Eastern Europe?

At the center of the novel is the redeeming burgeoning love that sprouts between an Italian drug lord and a legitimate owner of a successful bagel business.

This novel is sure to grab you from start to finish.

Finally, does Mcbride portray some hope amidst this corrupted culture?

For these and other questions, I will not share answers with you until you have devoured and have had a chance to digest this great read--as I will continue to do for a long time.

We get a hint of Deems' 'big game ' future as he lays in bed convalescing from his wound:

"...Deems lay sideways, his bandaged ear toward the ceiling, closed his eyes, and slept the sleep of a troubled boy who, over the course of an hour, had suddenly become what he'd always wanted to be: not a boy from one of New York City's worst housing projects, an unhappy boy who had no dream, no house, no direction, no safety, no aspiration, no house keys, no backyard, no Jesus, no marching band practice, not a mother who listened to him, no father who knew him, no cousin who showed him right from wrong. He was no longer a boy who could throw a baseball seventy-eight miles an hour at age thirteen because back then it was the one thing in his sorry life he could control. All that was past. He was a man with a plan now,  and he had to make a big play, no matter what. That was the game."

Posted by Richard Schwartz at 12:03 AM No comments:

A Day of Mob Rule in our Citadel of Democracry: Recall these words of President John Adams 200 Years ago

The following quote is from President John Adams penned in early 1801 as he returned to Massachusetts from the inauguration ceremony in Washington, D.C.
He had just participated in the first orderly transfer of power in a democracy in the civilized western world. His successor, Thomas Jefferson, was a political rival; however, their differences  in political beliefs did not prevent the two great leaders from becoming the best of friends exchanging many letters and even dying on the same day in 1826, July 4th. 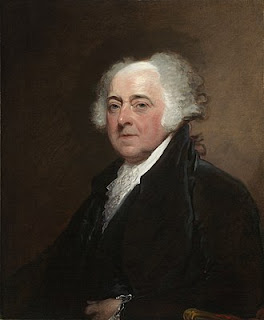 "We are a government of laws and not of men. We will betray this principle if we trade a government of laws for a government of men or, even worse, a single man or an impressionable and dangerous mob intent on violent sedition and insurrection against our beloved democratic republic."
Quoted by Rep. Jamie Raskin during a speech delivered on the House floor on Wednesday January 6th: a day of violence, shame and infamy in the capitol building:
Posted by Richard Schwartz at 4:08 PM No comments: