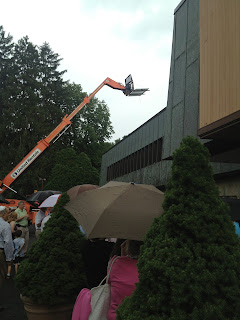 On Friday, August 12, a large crowd gathered to witness the first solar panel raised on the roof of Temple Beth El (TBE)in Stamford.

A total of 845 solar panels with be installed and in about 45 days, TBE will be able to satisfy 70 percent of its annual electrical needs in this green manner.

It is estimated that this green project will eliminate the following greenhouse gas emissions each year:
1. 100,000 pounds of carbon dioxide.
2. 29 pounds of nitrogen oxide.
3. 59 pounds of sulfur dioxide.

Kudos to TBE in their landmark decision.

You can learn more about this project at www.liketheroof.com
Posted by Richard Schwartz at 12:07 PM No comments:

He is trying to close out the set for the match to become the first British champ at the big W. in 77 years.

Murray quickly takes a 40-0 lead and then blows the next three points.

The exchanges are long, the players working each point to to the max

The crowd is erupting in cheers of victory at each point even when Murray goes long and Djovkovic hits the corners.

On the third championship point, ESPN's John Mcenroe comments "I held my breath as long as I could." Brother Patrick comments, "you and the rest of Great Britain."

Djovkovic is giving it his best and even has three break points,  but Murray fights off each one to come back to finally close out the match.

Kudos to Murray who, after finally winning his first major at the 2012 US Open, has been able to build the mental stamina to mature into a potential number one player in the world.

And, of course, kudos to Ivan Lendl, Andy's coach,  who has developed his pupil's nerves of steel.

The tennis world is crowning a new king....

Posted by Richard Schwartz at 10:58 AM No comments:

A Must Read: And the Mountains Echoed by Khaled Hossaini 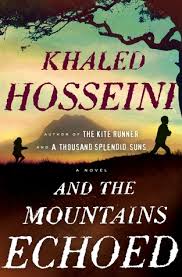 By last count, a local county library has 81 holds on this book. Another one has over 25..

So, I was lucky to find that one copy--a 7 day express book- -and literally 'ate up' this book in a couple of days....I had to take a 24-hour pause in to catch up to the ticker tape of characters and deep emotions that I was experiencing.

What makes this novel a winner?

The novel spans a 50 plus year cycle in Afghan history from the 50's to the present, contrasts upper class living in Kabul with living conditions in a poor backward farming village (and refugee camps near Peshawar Pakistan), and depicts the deep emotions that both bind and divide families, friends and cultures. Hossaini introduces us to chapters told from the point of view of different characters.

The book begins with a mythological story told by a father Saboor to his two children:  a div comes to a village and will capture one young child to take him to his fort, never to be rejoined again to his family.  Even though the father treks to the fort to retrieve his child from the ogre, and is given the opportunity to reclaim him, he does not; he sees the idyllic life these captive children lead--in contrast to the poverty and droughts in his village.

One of the major themes of the novel is separation--often forced--between parents and loved ones--and the often harrowing compassion and the consequent suffering.

Just one example:  Saboor's two children Abudullah aged 9 and his sister Pari about 7 years younger are so attached to each other. At one point Pari asks her brother if she will live with him when she grows up and he answers, "If you want. But you won't want to."

But their childhood dreams of togetherness are shattered when we learn that their Uncle Nabi has arranged for little Pari to be adopted into the home of his wealthy employer in Kabul.

Saboor is motivated to this forced separation by the loss of his youngest child Omar who presumably died  due to cold/frost exposure. If only he could have earned more to provide the child with proper clothing!

Pari leaves her adopted home for Paris, becomes a mathematician has her own children and at times has felt "the absence of something, or someone fundamental to her own existence....it was vague, like a message sent across shadowy byways and vast distance."

Fifty years later, at the end of the book, the two siblings are united  in San Jose, California where Abdullah has run Abe's Kebab House.

He is entering senility and his memory is nearly gone

His daughter who he named Pari has sacrificed an art career to take care of her dad and is instrumental in reuniting the siblings She has items for her uncle that her dad had prepared for him 10 years earlier.

Pari hands her aunt a package containing an assortment of feathers he had collected as they were growing up. The aunt reminisces. She says, "je peux oublier"; I was small she says, "I was protected by my youth...I still had the luxury of forgetting. He did not."

This is a great novel and I hope you enjoy it as much as I did!


Posted by Richard Schwartz at 6:01 PM No comments:

Happy July 4th to All 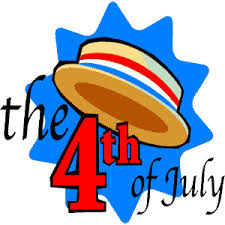 Posted by Richard Schwartz at 5:31 PM No comments: 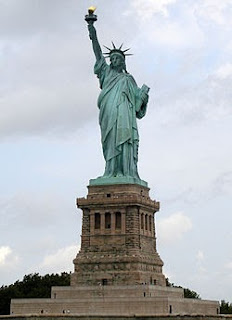 The Statue of Liberty
(courtesy of Wikipedia)

Welcome back, noble lady!
Posted by Richard Schwartz at 5:15 PM No comments: