Remembering Dad's passion for sports: 10 Years after his Passing 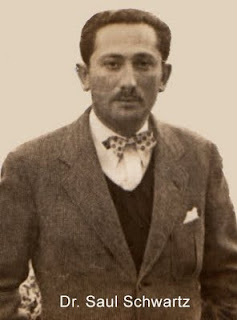 Dad attended CCNY in Manhattan graduated in 3 years pursuing a busy pre-medical program. Yet he found time to play on the varsity baseball, basketball and field and track teams. He was a fierce competitor, extremely fast around the bases, up and down the court and was a sprinter. He spoke glowingly about doing the hurdles and playing catcher for hard ball pitchers. He did not have time to play tennis, but as soon as he built up his practice in the Bronx, he joined a golf foursome organized by some medical friends and played at Mosholu golf course, Saxon Woods and other NY Metro courses.


I recall his aggressiveness and speed during a parent/son baseball game sponsored by Emmanuel in Mount Vernon. He was so quick going around the bases that he slipped and fell injuring his ankle and so had a cast on his leg for about 6 weeks. In his late 70's and 80's he had to have knee replacement surgery on both legs-a result of all that stress running so much. 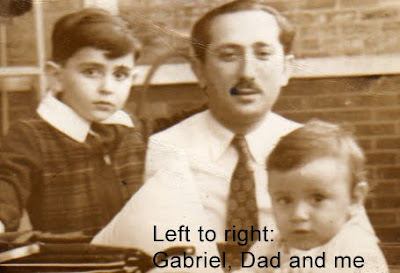 I taught him tennis which he picked up rather quickly in his late 50's. On one occasion we were playing at Boothbay Harbor, Maine. And playing on the court near us was young Senator Ted Kennedy who was fond of hitting stray balls onto our court. I don't know how he knew dad, but he kept running onto our court in his blue Bermuda shorts and all the time saying: "Sorry to bother you, Doc!" This was a year after the tragic death of Mary Jo Kopechne when the Senator's car rolled off a bridge at Chappaquidick.


As part of his athletic agility and his dedication to service of others, Dad continued to make house calls into the early 1960's. Those who knew him called him 'The Concourse Flash' going up and down flights of steps at the numerous apartment houses lining the broad thoroughfare--even though elevators were in common use; he simply preferred the exercise. Frankie Frisch another Bronx boy who played major league baseball and was extremely fast was nicknamed "The Fordham Flash" as a result of his playing four sports-one more than dad-while at Fordham.


Dad lived until 92 and only retired from his one-man practice on the Grand Concourse a few years earlier. He walked with a cane until his last days. G-d bless your soul, dad!
Posted by Richard Schwartz at 8:41 PM